The best litter boxes — and litter — for your cat, according to vets

Much like dog walking is to our canine parent friends, tending to a litter pan is a part of your routine once you bring home that new fuzzy, meowing family member. But that doesn’t mean it has to be a chore.

The secret to keeping the muss and fuss to an absolute minimum is choosing the right litter pan and litter for your cat and your lifestyle. (And to have this on hand, because no cat will do what you want every time, forever.)

“It’s important to get a litter box that is bigger than your cat,” notes Rachel Barrack, veterinarian at Animal Acupuncture in New York City. And you should replace litter boxes every year. “Over time, your cat may scratch the box, and bacteria can hide in those scratches,” explains Barrack.

As you no doubt noticed, there are enough kinds of litter and litter pans to fill an Amazon warehouse. How do you possibly know what to go with? You read on, that’s how. We have guidance and tips from veterinarians on creating the best possible setup for your favorite feline. Want more expert advice? Check our some other vet-approved cat supplies here. 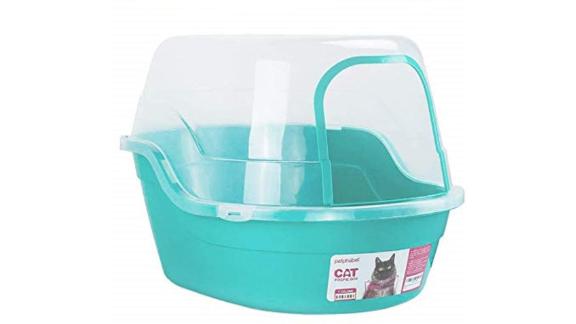 Covered litter boxes are popular because they keep the litter contained but tend to be smaller than other styles of litter boxes. “I like this model,” shares Chris Menges, a veterinarian in Austin, Texas, working in digital pet care delivery. “It’s nearly 2 feet long, unusually roomy for a covered box,” he notes. For average size cats, it will provide that extra space they need to feel comfortable doing their business. And it comes in pretty colors, also rare in a covered box. 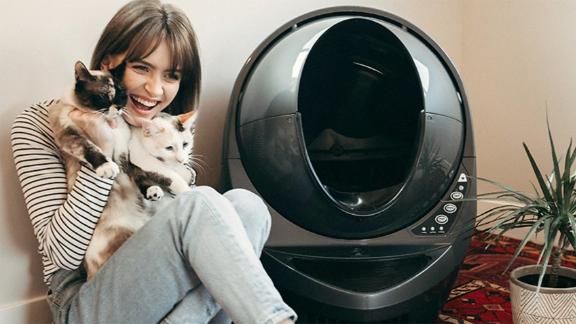 Self-cleaning litter boxes have been around for a while, but the earliest versions didn’t actually work all that well. But this latest incarnation of the Litter-Robot is a game changer, says Menges, and worth the price to those who dread dealing with the litter box on the daily. It sifts the waste into an odor-contained lower drawer after your cat steps out. “To make the process as simple as possible, the Litter-Robot 3 is Wi-Fi enabled with an accompanying app to tell you when the drawer needs to be changed,” says Menges. 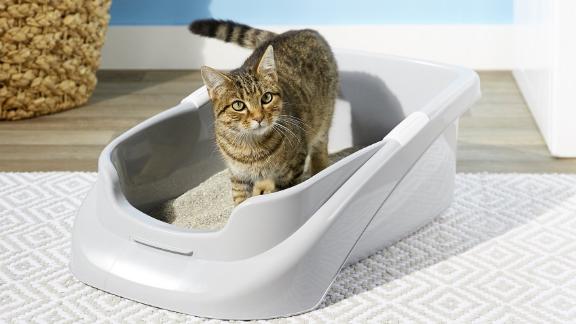 Whether you’ve just brought home a kitten or opened your heart to an older rescue cat, you need to be looking at litter boxes with low sides. “Give special consideration to kittens and geriatric cats who may have trouble getting in and out of tall boxes,” urges Barrack.

This affordable litter box is designed to be easy-entry in the front, yet it has higher sides in the back to help keep litter inside. 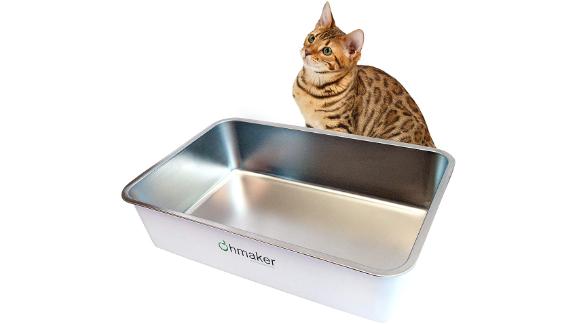 If you have a large purebred cat, such as a Maine coon or a Siberian (or just a big-boned feline), a spacious litter box is essential. “Imagine if you had to go in an airplane restroom for the rest of your life,” says Menges. Also, for larger cats, “You may want to avoid covered boxes, as they may not have enough space to posture inside,” adds Zay Satchu, veterinarian at Bond Vet in New York City.

A modern litter box with plenty of space for the most portly of felines, this rustproof, stainless steel model won’t stain or hold odor like plastic. It has rubber feet, so it won’t slide across your floor either. 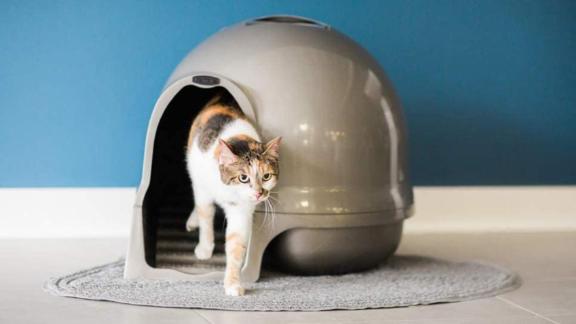 A litter box that doesn’t send its scent wafting off in every direction is a high priority for most cat parents. “One of my top picks is this Petmate model, which helps to reduce odors in the home,” says Albert Ahn, veterinarian for Myos Pet in Cedar Knolls, New Jersey. It also helps prevent litter from being tracked out and all over on little furry feet. 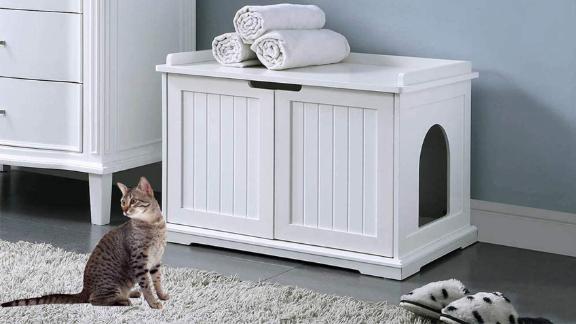 A fun and functional way to go is litter box furniture, basically a structure that keeps a standard size box hidden while allowing kitty easy access. Litter boxes can be disguised as a side table or cabinet, an option if it bothers you to have a litter box in plain sight, says Barrack.

Your cat will relish the privacy inside this clever, attractive litter box enclosure that can fit right in with your bathroom decor. 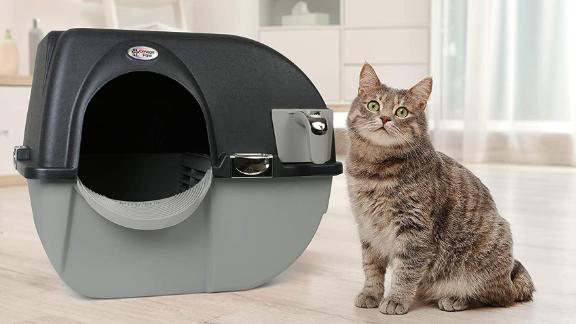 Our experts agree that individual litter boxes placed far apart in the home is the ideal arrangement. But if that’s not feasible, consider Ahn’s favorite for families with more than one cat. Multiple cats will put more wear and tear on a litter box. This one, made of extra-heavy plastic and chrome-plated latches, will stand up to heavy usage. It has an ingenious little step at the entrance to catch litter as your cats step out. And its self-cleaning tray will make it less likely Oliver will encounter Luna’s leave-behinds. 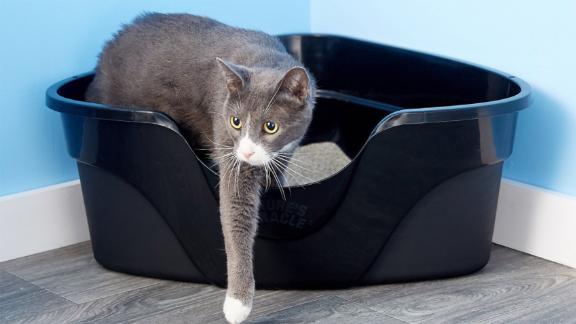 This thing is deep: 10 inches! “The high side walls of the Nature’s Miracle High Sided Litter Box will help prevent litter from scattering outside the box,” says Ahn. Plus, it’s shaped to fit right in the corner of a room, a big plus where space is tight. 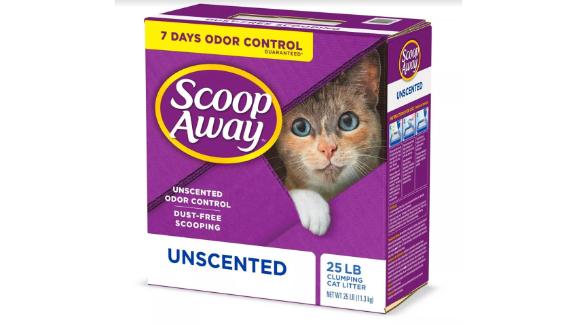 “The major pros of clay are the bacterial control and the clumping,” says Menges. “Clumping makes it easier to scoop out both urine and stools.” Also, clay is among the least expensive litters. Trouble is, it can create quite the dust cloud. “I like Scoop Away Unscented Clumping Clay Litter, as it is good on the low-dust scale while still giving the benefits of clay litter.” 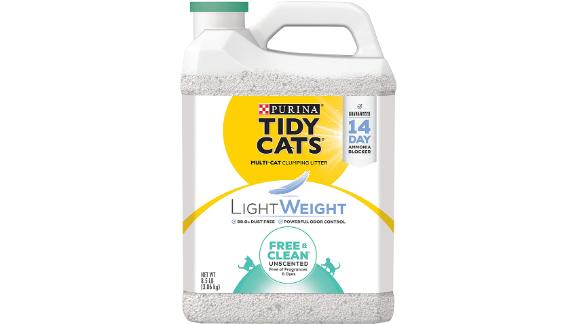 Ahn gives high marks to this litter that has the same volume but only about half the heft as regular litter. Plus, it has a special ammonia blocker and activated charcoal built into it that keep urine smells at bay. 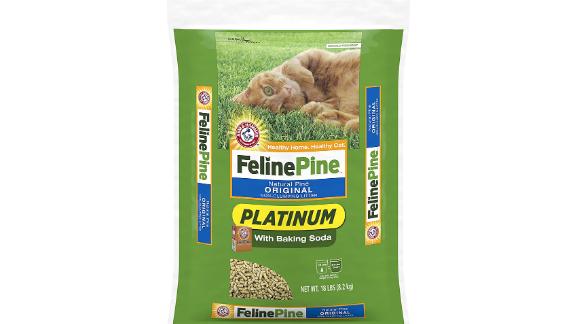 Litter made of wood, particularly pine, has become more common. “While it’s a touch more expensive, many cats prefer this texture to walk on,” says Menges. It has a natural pine scent to help block odors. “One of the more popular brands is Feline Pine; they are a good pine product,” he says. While pine litter does not clump, many cat parents still prefer this natural option, he adds. 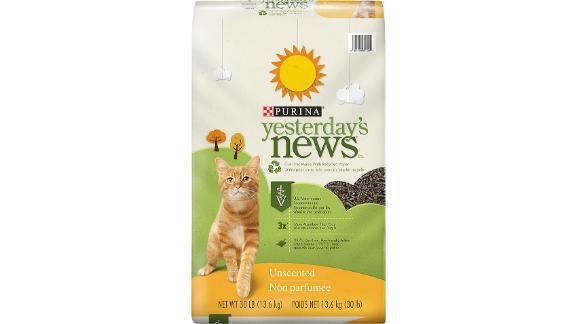 If you notice that your fluffy feline is getting litter caught in her fur, you can consider using a paper-based litter such as Yesterday’s News, says Satchu. “The large size of the pellets will help prevent her fur from getting caught, and it isn’t as sticky as clay litters when it is saturated,” she explains. 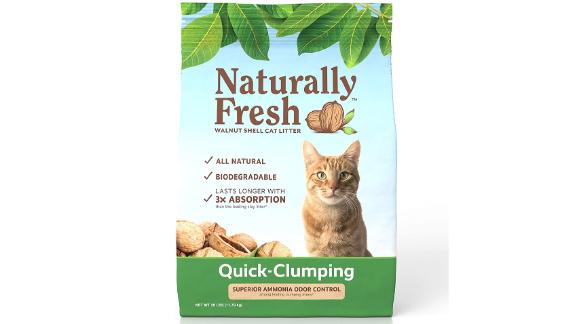 Cat litter made of walnuts? Yep, and it gets Ahn’s vote for his top biodegradable litter. Naturally Fresh is not only environmentally friendly, but it also throws off virtually no dust, is highly absorbent and resists sticking to paws.

Best cat litter with a bonus 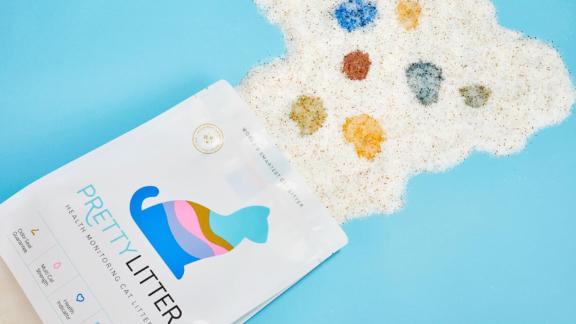 A pan filled with Pretty Litter doesn’t need to be completely cleaned out for 30 days. No, it doesn’t smell. For real. We tried it. (You have to scoop the poop, of course.) And! The litter changes color in reaction to the composition of your cat’s urine, alerting you to potential health problems. “Pretty Litter is one of the first real scientific advancements that we’ve seen in the litter world,” says Menges. Available through a monthly subscription, fans (us included) say it’s worth every dime. 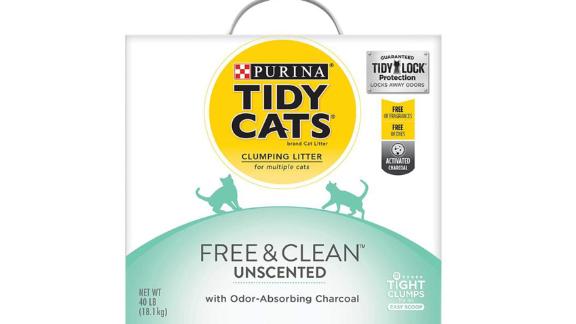 “You want a litter that’ll cut down on dust and odors,” says Menges. Because their sense of smell is keener than ours, many cats are bothered by the fragrances in many litters. “I like to use an unscented, low-dust litter, such as this one by Tidy Cats. It provides excellent odor and microbial control without the added fresheners,” he adds.

Protesters gather for a fourth night

Hearing witnesses describe circumstances surrounding Floyd’s death can be tough. Here are some resources that may help.