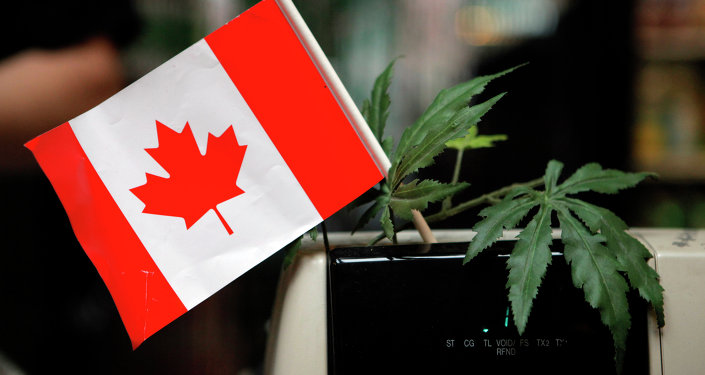 In recent years, figures on CBD producers revealed downward trends among several producers, with Ahria plummeting from 22.19 CAD in 2018 to 3.93 in early 2020, or a loss of 83 percent.

But major gains in the Canada’s cannabidiol (CBD) oil industry have taken place in recent months and analysts predict further growth in the industry expected over the next five years.

The government legalised CBD edibles in Canada under the Cannabis Act in December 2018, which sold 81,000 units the same period and 1.5m unit sales in November the following year.

In 2020, edibles made up 27 percent of cannabis sales compared to 20 percent in 2019, according to government statistics.

Despite the low prices, CBD oil demand in Canada grew rapidly to make up for the lost revenues, with Canadians spending 1.499m CAD on medical and recreational cannabis products in Q3 2019. But sales jumped to 1.72m CAD, or 13 percent year-on-year last year.

Forecasts from Statistica revealed improving trends by summer 2020, with market research for CBD gummies set to reach 3.09bn CAD by 2025.

National lockdowns and restrictive measures have been imposed in Canada due to the ongoing COVID-19 pandemic, forcing non-essential businesses and facilities to close temporarily as authorities tackle the spread of the disease.

Consumers were forced to stay at home amid the lockdowns, triggering a stockpile of CBD oil and other cannabis goods in a similar manner as other fast-moving consumer goods such as toilet paper, deodorants and other household items.

Consumer stockpiling due to the lockdowns led to shortages of supplies in Canadian markets. Roughly 35 percent of people responding to a Goldenseed survey said the COVID-19 restrictions were their top reason for panic buying.

A further 37 percent in the survey said they planned to use CBD to tackle restlessness and boredom.

The glut in CBD oil has also seen outdoor cultivation rile in recent months, with bumper crops in 2020 boosting unpackaged cannabis volumes to over 1mn kilogrammes for the first time in history, Marijuana Business Daily reported at the time.

But inventories of THC and CBD edibles have skyrocketed in eight months from 1mn units in January 2020 to over 9.5m units in August last year, Government figures show.

Canadian provincial governments control policy on cannabis, causing an uneven rollout of storefronts across the country.

Stores in Western Canada saw a meteoric rise in locations in 2018, but Ontario only saw one store open for business.

Roughly four in ten Canadians live in the eastern province but a new Conservative government in 2018 scrapped plans to allow government-run cannabis stores in favour of private franchises.

Despite this, only 24 CBD and cannabis shops opened their doors for business in Ontario a year after legalisation.

According to the Toronto Star, Ontario had saw 359 storefronts in January this year and expects 1,300 by October the same year, or roughly 30 stores each week.

Customers choosing not to smoke dried flower or use cannabis oil with THC can use alternative products such as full spectrum CBD oil, one of Canada’s top CBD products, CDB Oil Guide revealed.