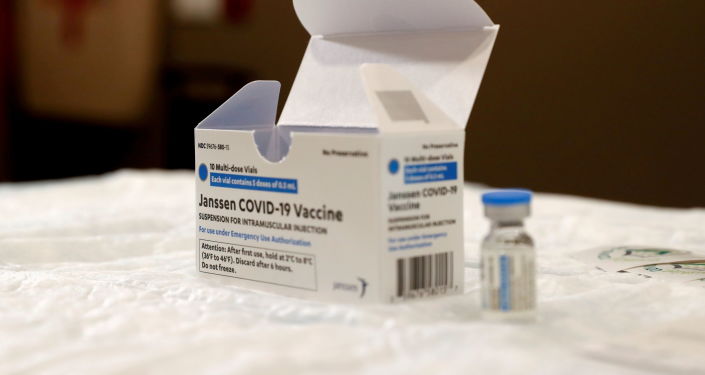 SAHPRA said it was cautiously lifting its suspension of a mass trial of US firm Johnson & Johnson’s single-dose jab, licensed production of which by South African company Aspen Pharmacare was supposed to begin this month.

“SAHPRA has recommended that the pause in the Sisonke study be lifted, provided that specific conditions are met”, after a “review” of data, a statement said. “These conditions include, but are not limited to, strengthened screening and monitoring of participants who are at high risk of a blood clotting disorder”.

Those receiving the jab as part of the study will be warned of the “possible risks of developing a blood clotting disorder” and “advised to seek immediate medical assistance if they develop early signs and symptoms associated with blood clots or low platelet counts”.

The South African regulator followed the lead of its US counterpart the Food and Drug Administration and Centres for Disease Control (CDC) when it halted the “Sisonke” study — using hundreds of thousands of healthcare workers as guinea pigs — last week in response to six reported blood clots out of 6.6 million US recipients.

And its announcement on Saturday coincided with televised comments by US President Joe Biden’s chief medical adviser Dr Anthony Fauci that the J&J vaccine would “come back” within a week with “some sort of either warning or restriction”.

SAHPRA’s decision to suspend use of the J&J jab handed an effective monopoly to the US-German Pfizer-BioNTech vaccine, with Mkhize claiming he had “secured” orders for another 10 million doses from Pfizer to plug the gap. The regulator has yet to approve use of the Sputnik V vaccine from Russia, South Africa’s partner in the BRICS trade association, two months after receiving the data it requested.

But new data published on Thursday showed that portal vein thrombosis, a potentially-lethal blood clotting condition, was 30 times more common in patients given the Pfizer and similar Moderna vaccines than in those receiving the AstraZeneca, J&J, and Russian Sputnik V jabs.

President Cyril Ramaphosa has been accused of favouring J&J over other vaccines, especially the AstraZeneca “Oxford” jab under licenced production by the Serum Institute of India after Aspen and its senior executive Stavros Nicolaou donated millions of rand to his 2017 campaign for leadership of the governing African National Congress.

Water And Continents Could Exist on Other Planets in Our Galaxy, Scientists Say