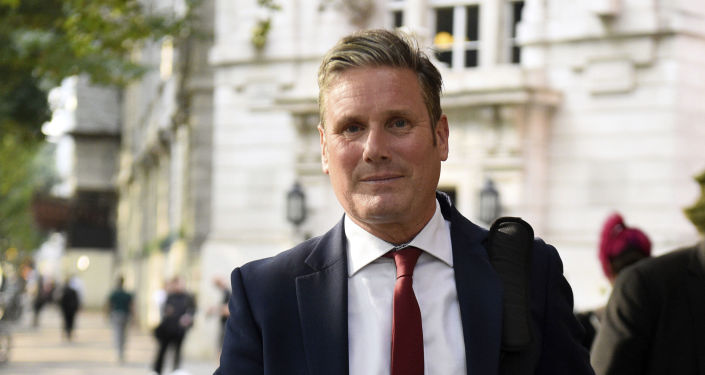 British Labour Party leader Sir Keir Starmer has caught flak over his flight to Edinburgh to film a campaign ad ahead of the May 6 local and regional elections.

The opposition leader was accused of hypocrisy over his climate change pledges after he flew from London to Edinburgh for the sake of an election campaign — when taking the train from London’s Kings Cross would have left a far smaller carbon footprint.

Voters piled on to Starmer on Twitter, pointing out the trip was out of kilter with his vaunted “Green Labour” credentials.

​​Starmer has backed raising taxes on domestic flights to encourage more use of surface-based public transport.

He promised a “green new deal hardwired into every level of government” in his 2020 campaign for the labour leadership, spanning everything “from foreign policy to local government, from transport to housing.”

Labour has slumped to 14 points behind Prime Minister Boris Johnson’s Conservatives in the latest YouGov poll, and now faces losing its majority in the devolved Welsh parliament and coming third in Scotland to the SNP and Tories.