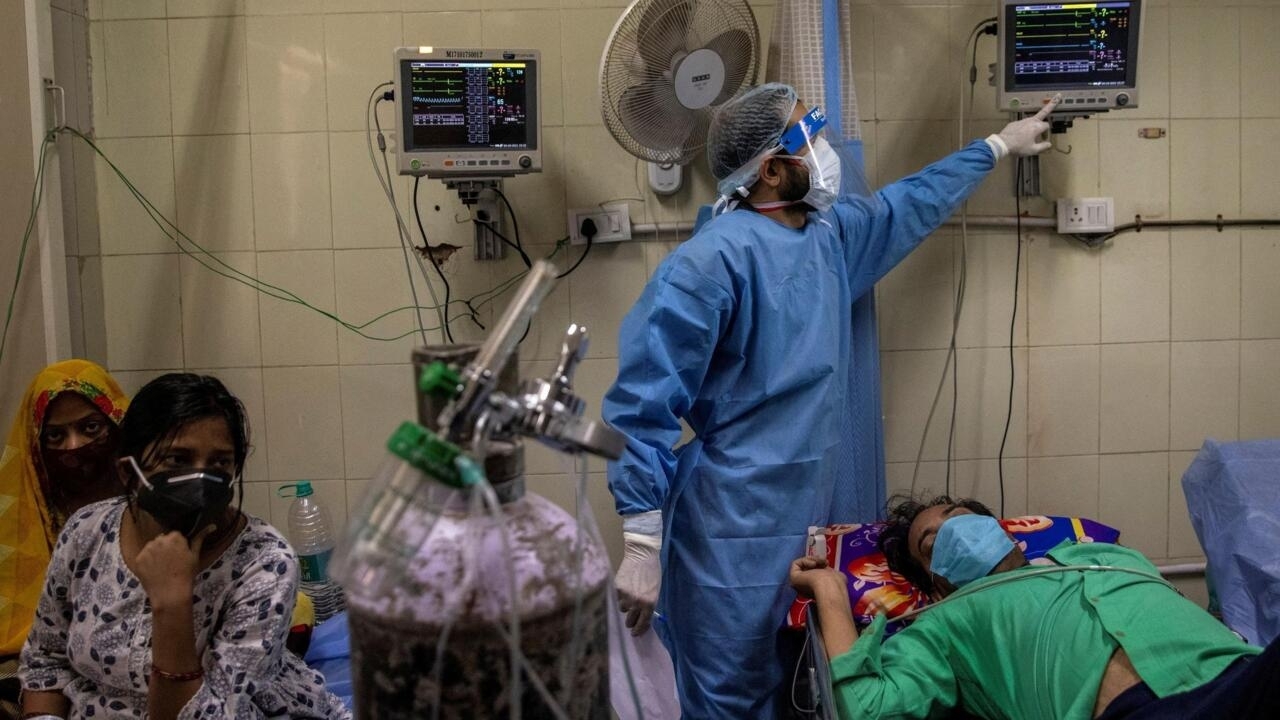 More government hospital beds will be freed for Covid-19 patients, India’s health ministry said Sunday, as the vast nation grappled with a worsening virus crisis and states appealed for additional supplies of oxygen and treatment drugs.

The country of 1.3 billion people added a record-high of 261,500 new cases on Sunday, with one-in-six people who underwent tests returning positive coronavirus results, the ministry said.

Hospitals usually reserved for employees of ministries or public sector companies should convert some of their wards into Covid-19 facilities equipped with ICU and oxygen-supported beds, ventilators, laboratories and healthcare staff, the government said.

“This will go a long way to address the shortage of beds being reported from some states,” the ministry added.

Special trains would transport oxygen tankers to needy states, while the government said oxygen use for industrial purposes would be limited.

In the capital New Delhi — the worst-hit city in India — 25,500 infections were reported in the past 24 hours.

Delhi Chief Minister Arvind Kejriwal tweeted late Sunday that there was an “acute shortage of oxygen”, adding in capital letters that “oxygen has become an emergency” in the megapolis.

Kejriwal said additional beds would be set up at some schools and a sport complex.

His government added that millions of pilgrims who attended an ongoing religious festival — the Kumbh Mela — had to quarantine for two weeks if they returned to Delhi.

Nearly 3,700 people have tested positive in the past week in the city of Haridwar, which lies along the Ganges river where the Kumbh Mela is being observed, the Uttarakhand state government said.

Health experts have warned the festival could become a “super-spreader” event.

Banerjee added that her state needed more vaccines to tackle the outbreak. India has administered more than 122 million jabs so far, but some states have complained of low stocks and experts have said that the rollout needs to be sped up.

Rahul Gandhi, the leader of the Congress party, a small player in the West Bengal polls, tweeted Sunday that he was suspending all his rallies in the state “in view of the covid situation”.

In neighbouring Bangladesh, officials said the country had recorded its highest-ever daily deaths — 102 — since the start of the pandemic, to take the overall toll to 10,385.

A makeshift 1,000-bed hospital — the biggest virus facility in the nation — that was built in place of a wholesale market was opened on Sunday to ease pressure on the overburdened healthcare system.

Bangladesh, which is under a strict nationwide lockdown amid a spike in cases, has recorded 718,950 infections so far.

China seeks to speed up its Covid-19 vaccination campaign

Clashes in Senegal kill one after arrest of opposition leader Sonko