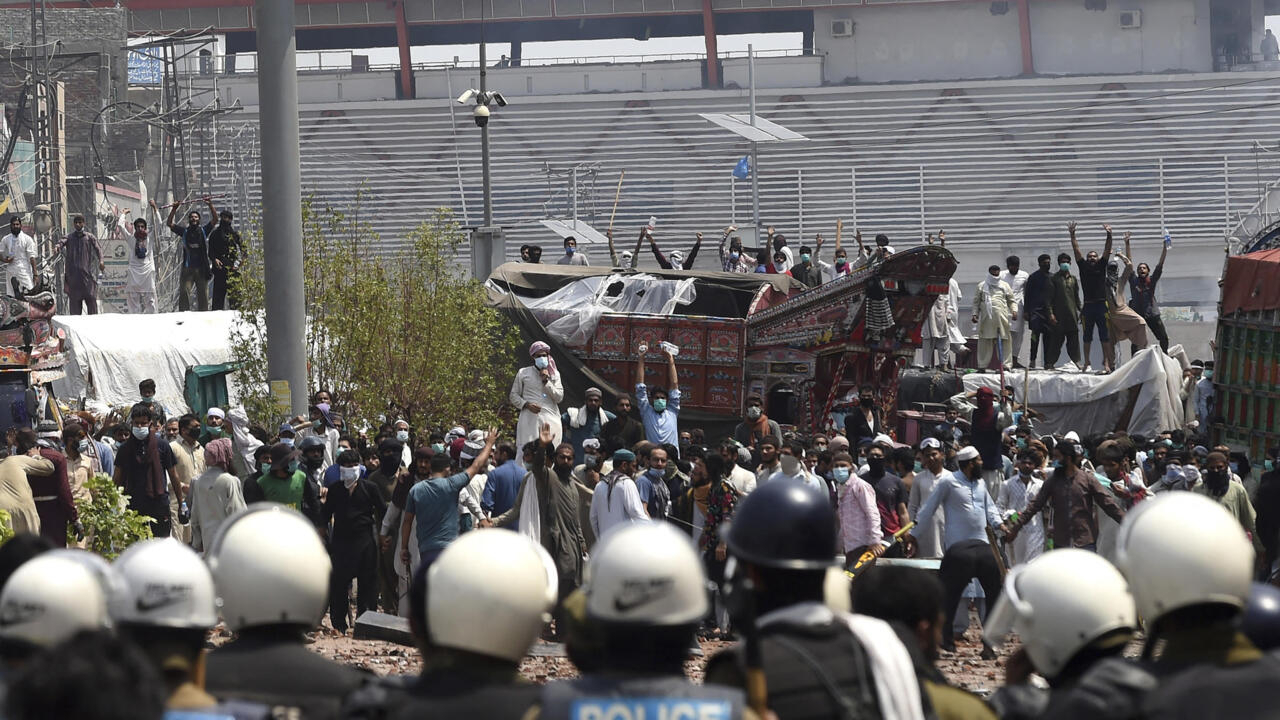 Rioting has rocked the country since Monday when the leader of the now-banned Tehreek-e-Labbaik Pakistan (TLP) was detained in Lahore after calling for the expulsion of the French ambassador.

The protests have paralysed cities and led to the deaths of six policemen, prompting the French embassy to recommend all its nationals temporarily leave the country.

Firdous Ashiq Awan, a spokeswoman for the Punjab provincial government, said 12 policemen had been abducted and taken to a TLP mosque in Lahore, where hundreds of supporters were gathered.

“Violent groups armed with petrol bombs and acid bottles stormed the Nawankot police station this morning,” she tweeted, adding that six police officers have now died in clashes this week.

An oil truck was seized and petrol bombs thrown at officers, both Arif and Awan said.

TLP leaders say several of the party’s supporters were killed in Sunday’s clashes.

“We won’t bury them until the French ambassador is kicked out,” Allama Muhammad Shafiq Amini, a TLP leader in the city, said in a video statement.

The police would not comment on the reported TLP deaths.

The TLP has been behind an anti-France campaign since President Emmanuel Macron defended the right of Charlie Hebdo magazine to republish cartoons depicting the Prophet Muhammad — an act deemed blasphemous by many Muslims.