France pledges more than €1 billion in aid for farmers, winemakers hit by frost 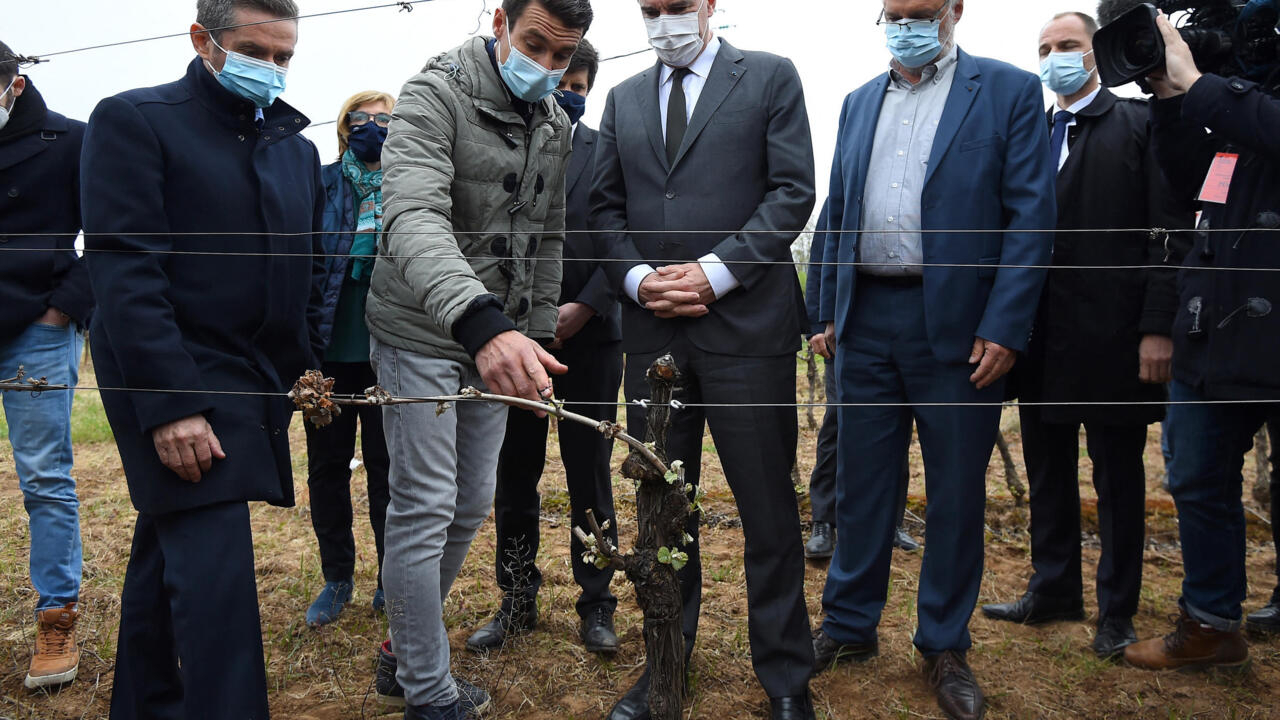 French Prime Minister Jean Castex on Saturday pledged more than one billion euros in aid for farmers and winemakers reeling from the worst frost in decades.

Across France, agriculturists are counting their losses after the freeze — which followed a period of unseasonably warm weather — affected hundreds of thousands of hectares of crops and vines in 10 of the country’s 13 regions.

“An exceptional situation, exceptional measures. I have just announced a significant effort on the part of the state of over one billion euros ($1.2 billion) as the situation justifies it,” Castex told a meeting of farmers’ representatives and local elected officials in southern France.

He said emergency aid would be given “in 10 or 15 days” to local officials to help the worst-affected farmers.

Arborists or tree growers qualifying for compensation under the current state of agricultural calamity regime would be paid for 40 percent of their losses.

They are usually paid up to 35 percent under European rules.

Other measures will include tax breaks.

As well as vines, growers of kiwis, apricots, apples and other fruit have been badly hit along with farmers of other crops such as beet and rapeseed.

“The government has taken stock of the seriousness of the situation,” Christine Lambert, the president of the main farmers’ union FNSEA told AFP, adding that it had reacted “speedily”.

Bruno Darnaud, the head of another agricultural lobby, said France could see its fruit harvest dwindle by half — meaning losses of around 1.5 billion euros ($1.7 billion).

And the FNSEA says at least a third of the production in vineyards — representing two billion euros — will be lost due to the frost.

Maldives: On the climate front line