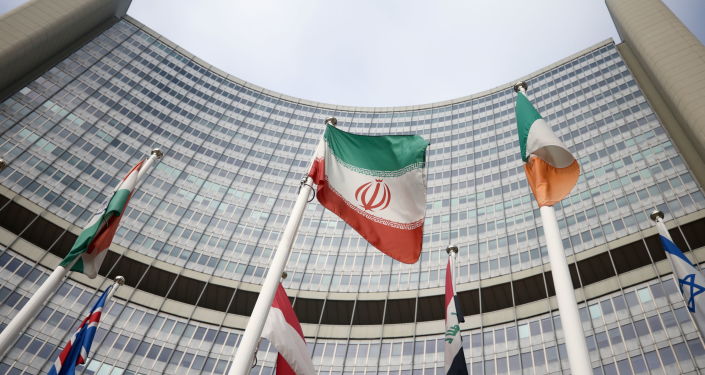 “In a report to Member States on the IAEA’s verification and monitoring in Iran, Director General Rafael Mariano Grossi said the Agency today verified that Iran had begun the production of UF6 enriched up to 60% U 235 by feeding UF6 enriched up to 5% U 235 simultaneously into two cascades of IR-4 centrifuges and IR-6 centrifuges at the Natanz Pilot Fuel Enrichment Plant,” the spokesperson said.

On Tuesday, Iran notified the IAEA of its intention to begin to enrich uranium up to 60 percent purity. The decision to boost uranium enrichment and to install modernized centrifuges at the Natanz nuclear facility was made in light of the recent incident involving the electricity distribution network in Natanz.

Iran’s previous declaration to the agency stated that the enrichment level of the UF6 produced in Natanz was 55.3 percent U-235.

According to the spokesperson, the IAEA took a sample of the produced UF6 to independently verify the enrichment level declared by Iran.

The decision to increase uranium enrichment came in response to a recent incident at Natanz nuclear facility that damaged the plant’s electricity distribution network in what the country’s vice president and atomic energy chief, Ali Akbar Salehi, described as “nuclear terrorism.“

Earlier in the day, the political directors of Iran and P5+1 group of countries gathered for a meeting on Saturday in Vienna to summarize the interim results of the recently held consultations on the Joint Comprehensive Plan of Action (JCPOA) and expressed determination to continue talks to successfully finish the process as soon as possible. Russia’s permanent representative to international organizations in Vienna, Mikhail Ulyanov, told Sputnik that the situation surrounding the negotiations on the nuclear deal inspired cautious optimism.

In 2015, Iran signed the JCPOA with China, France, Germany, Russia, the United Kingdom, the United States, Germany and the EU. The deal required Iran to scale back its nuclear program and considerably downgrade its uranium reserves in exchange for sanctions relief. In 2018, the US abandoned its conciliatory stance on Iran, withdrawing from the JCPOA and implementing hard-line policies against Tehran, which retaliated by gradually abandoning its commitments under the deal a year later.

US Has Delhi in a ‘Dilemma’: Former Indian PM’s Advisor on US Threat of Sanctions over S-400 Deal