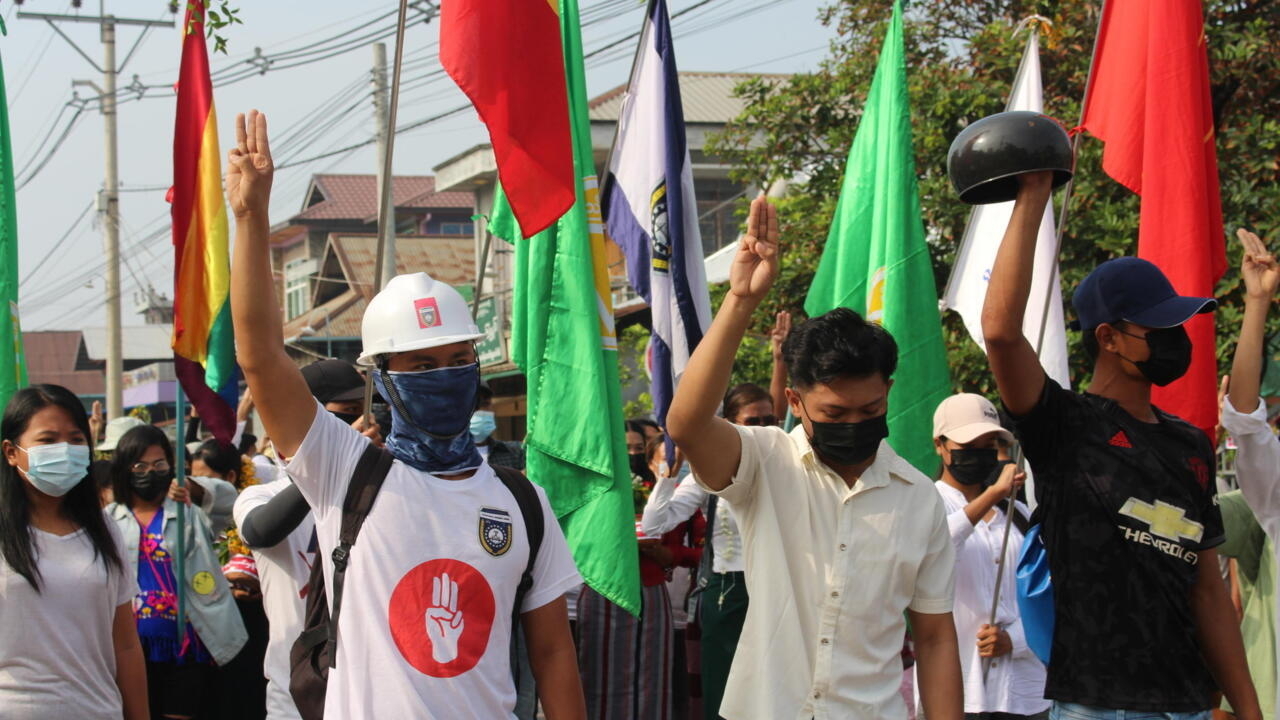 Opponents of Myanmar’s junta on Friday announced the formation of a national unity government, which includes ousted lawmakers, members of ethnic minority groups and figures in the anti-coup protest, according to a video statement read out on Public Voice Television.

The announcement was made on the Facebook page of the opposition Public Voice Television, which posted a video statement by veteran Myanmar democracy activist, Min Ko Naing.

It also named heads of various ministries in opposition, from defence and home affairs (interior ministry) to a “ministry of international cooperation”.

In a Twitter post, the unity government’s minister of international cooperation, Dr Sasa, who goes by one name, said he had “humbly accepted” the responsibility of his new post.

Statement by Dr. Sasa
I am proud to have been asked to serve as the Union Minister of International Cooperation and as Spokesperson for the National Unity Government of Myanmar . I have humbly accepted this responsibility.
We will prevail pic.twitter.com/xP0pCBz48t

In his address, Min Ko Naing said the will of the people was the unity government’s priority, while acknowledging the scale of the task at hand.

“We’re trying to get this out from the roots so we have to sacrifice a lot,” he said, referring to the junta.

The February 1 coup in Myanmar has opened an unexpected window of opportunity for the various ethnic rebel outfits, which have no loyalty to either the junta or to Suu Kyi to unite in opposition to the army’s rule.

Stretching from the tropical coastal lowlands of the Bay of Bengal to temperate mountain ranges bordering China, Myanmar is one of the world’s most ethnically diverse countries. But the dominant Bamar ethnic group has long marginalised minority ethnic groups, many of them based in border ares.

For many ethnic minorities, Suu Kyi’s administration has been more foe than friend.

While each ethnic armed group has its own demands, all want a version of federalism, giving them at least some measure of self-governance.

Suu Kyi and her National League for Democracy (NLD) once offered them that in exchange for electoral support, but ethnic community leaders say little came of it.

“The Bamar majority have given such a promise from time to time, without it materialising,” Khu Oo Reh of the Karenni National Progressive Party (KNPP), told AFP.

While the politicians were announcing the unity government, other opponents of military rule observed a “silent strike” staying home to mourn those killed or wearing black in small marches in several cities and towns.

Streets in the main city of Yangon were largely deserted, residents said, while black-clad protesters held small rallies in half a dozen cities and towns, media reported.

There were no immediate reports of violence but overnight, two people were shot and killed in the central town of Myingyan, Radio Free Asia reported.

The military has also been rounding up its critics and has published the names of more than 200 people wanted under a law that makes it illegal to encourage mutiny or dereliction of duty in the armed forces.

Two prominent protest organisers were arrested on Thursday along with an actor and singer, both known for speaking out against the coup.

In another show of defiance, a previously unknown group called the Ayeyarwaddy Federal Army said on Facebook it aimed to fight the military to restore an elected government and protect the people and it called for volunteers.

It gave no details about how it aimed to take on the well-equipped and experienced army.

The turmoil has alarmed Myanmar’s neighbours in Southeast Asia, who have been trying to encourage talks between the rival sides.

Southeast Asian leaders will meet in Indonesia on April 24 to discuss the situation, Thai and Indonesian media reported. Junta leader Senior General Min Aung Hlaing was due to attend, a Thai broadcaster said, but the Jakarta Post said it had not been confirmed whether the summit would include representatives of the junta or the former government.

Sasa however said ASEAN should not invite “murderer-in-chief” Min Aung Hlaing to the summit.

Live: France to widen Covid-19 lockdown measures to others parts of the country, says Macron