Iran says it has begun enriching uranium to 60 percent, its highest level yet 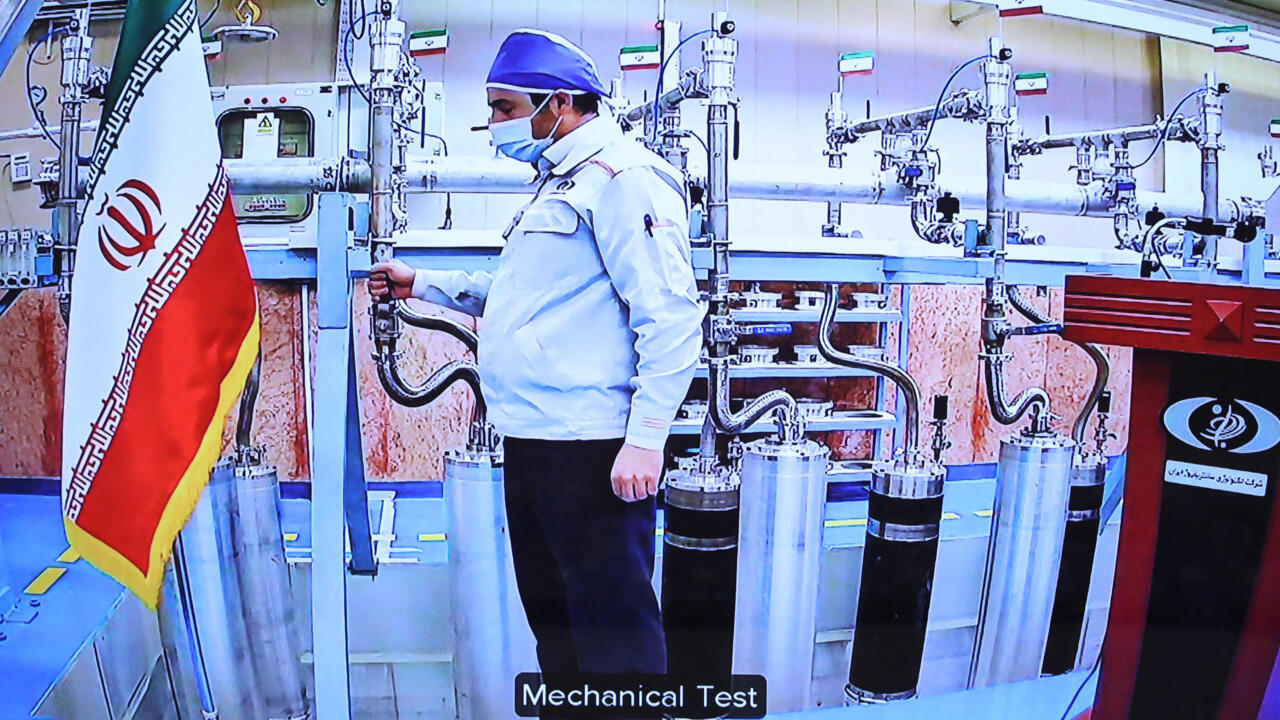 Iran said Friday it has begun producing uranium at 60 percent purity, in another breach of its commitments to the international community which is concerned about its nuclear programme.

The Islamic republic had declared it would sharply ramp up its enrichment of uranium on Tuesday, two days after an attack on its Natanz nuclear facility that it blamed on arch-foe Israel.

The announcement cast a shadow over talks in Vienna aimed at salvaging the 2015 nuclear deal between Iran and world powers that then US president Donald Trump abandoned almost three years ago.

“The enrichment of uranium to 60 percent is underway at the Martyr Ahmadi Roshan nuclear facility” in Natanz, he said, quoted by Tasnim news agency.

“We are now getting nine grams (almost a third of an ounce) per hour,” Salehi said later on state television.

While production was underway, scientists at Natanz were still working on how to install the two centrifuge lines Iran said would be dedicated to 60 percent enrichment operations, Salehi said.

The move to enrich uranium to 60 percent purity takes Iran closer to the 90 percent level required for use in a nuclear weapon.

The Islamic republic has gradually rolled back its nuclear commitments since 2019, a year after the US withdrew from the accord and began imposing sanctions.

The 2015 deal known formally as the Joint Comprehensive Plan of Action, or JCPOA, gave Iran relief from sanctions in return for curbs on its nuclear programme.

Under the accord, Iran had committed to keep enrichment to 3.67 percent, though it had stepped this up to 20 percent in January.

Negotiations aimed at ensuring the return of the United States to the JCPOA and the lifting of sanctions resumed this week in Vienna.

Russia’s ambassador to the UN in Vienna, Mikhail Ulyanov, tweeted after the latest round of talks on Thursday that the “general impression is positive”.

The head of the Iranian delegation, Abbas Araghchi, was more cautious at the end of the meeting.

Araghchi stressed Iran wanted to avoid the talks “dragging on” and that they had to “take place in a well-defined framework and within an acceptable time period”.

He also stated that the planned rise in enrichment levels was in order to “meet some of the country’s medical needs”.

The European Union has rejected this argument, with its external affairs spokesperson Peter Stano saying there was “no credible or plausible civilian justification” for the move.

The talks involved delegations from the remaining parties to the JCPOA following the US pullout — Britain, China, France, Germany and Russia as well as Iran.

Iran says the step is a response to Israel’s “nuclear terrorism” after an explosion knocked out power at its Natanz enrichment plant on Sunday.

Israel has neither confirmed nor denied involvement, but public radio reports in the country said it was a sabotage operation by the Mossad spy agency, citing unnamed intelligence sources.

China Wins in the End: Turkey Warns US About Unforeseen Consequences of Pressure Over S-400 Purchase