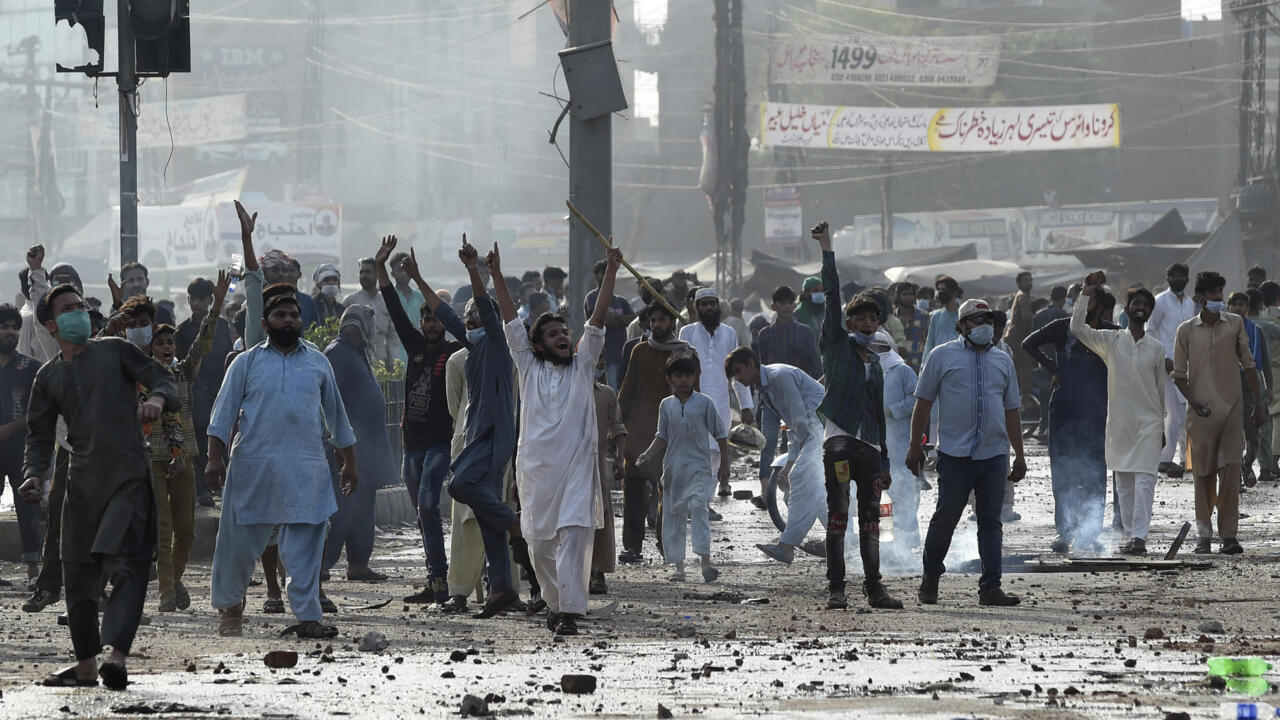 The French embassy in Pakistan on Thursday advised all French nationals and companies to temporarily leave the country, after violent anti-France protests paralysed large parts of the country this week.

“Due to the serious threats to French interests in Pakistan, French nationals and French companies are advised to temporarily leave the country,” the embassy said in an email to French citizens.

“The departures will be carried out by existing commercial airlines.”

The move came a day after the Pakistani interior ministry said it would outlaw the Tehrik-i-Labaik Pakistan (TLP), a hardline Islamist group responsible for recent anti-French protests across the country.

The TLP has been demanding that the Pakistani government expel the French ambassador and endorse a boycott of French products due to Charlie Hebdo’s republishing of the Prophet Mohamed cartoons following the October 16, 2020 beheading of Samuel Paty, a French schoolteacher who displayed the cartoons during a civics class.

Anti-French sentiment has been simmering for months in Pakistan since the government of President Emmanuel Macron expressed support for Charlie Hebdo’s right to republish the cartoons, deemed blasphemous by many Muslims.

Clashes erupted on Tuesday between TLP supporters and police officers after the group’s leader, Saad Rizvi, was detained hours after encouraging thousands of his supporters to take to the streets in cities across Pakistan.

Rizvi has been charged with instigating murder.

TLP supporters brought the capital Islamabad to a standstill in November last year for three days with a series of anti-France rallies.

Announcing the decision to outlaw the TLP, Pakistani Interior Minister Sheikh Rashid told reporters in Islamabad that the government did not want “to be known as an extremist nation at international level”.

But the TLP is backed by a majority Sunni sect of Islam with a massive in Pakistan, that will make it difficult to enforce any ban.

Pakistani extremists groups also have a history of popping up with different names after being outlawed.

Blasphemy is a hugely sensitive issue in conservative Pakistan, where laws allow for the death penalty to be used on anyone deemed to have insulted Islam or Islamic figures.