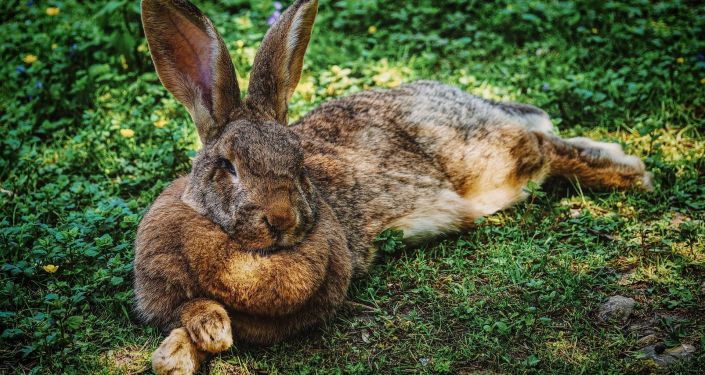 UK police have launched a probe into the alleged theft of the world’s biggest rabbit, Darius, who was recognized by Guinness World Records as the world’s longest-living rabbit in 2010. The 129 cm-long giant was reportedly taken away from his owner, former Playboy model Annette Edwards, on 10 April.

West Mercia Police confirmed they are collecting data and appealing for information on the incident to track the thieves down and return the rabbit to Edwards.

The owner took to Twitter on Sunday to call for the robbers to bring Darius back as the creature no longer can breed due to age-related issues, so it wouldn’t be possible to make money on the rabbit. A £1,000 reward is promised for the bunny’s safe return though.

​Darius is 11 years old. The rabbit has been a frequent guest on TV shows and has enjoyed popularity all over the world. His son, Simon, was believed to outgrow his father to become the world’s largest bunny. This, however, never happened, as Simon died tragically on a cross-Atlantic flight in 2010 as he was being transported to a new owner.