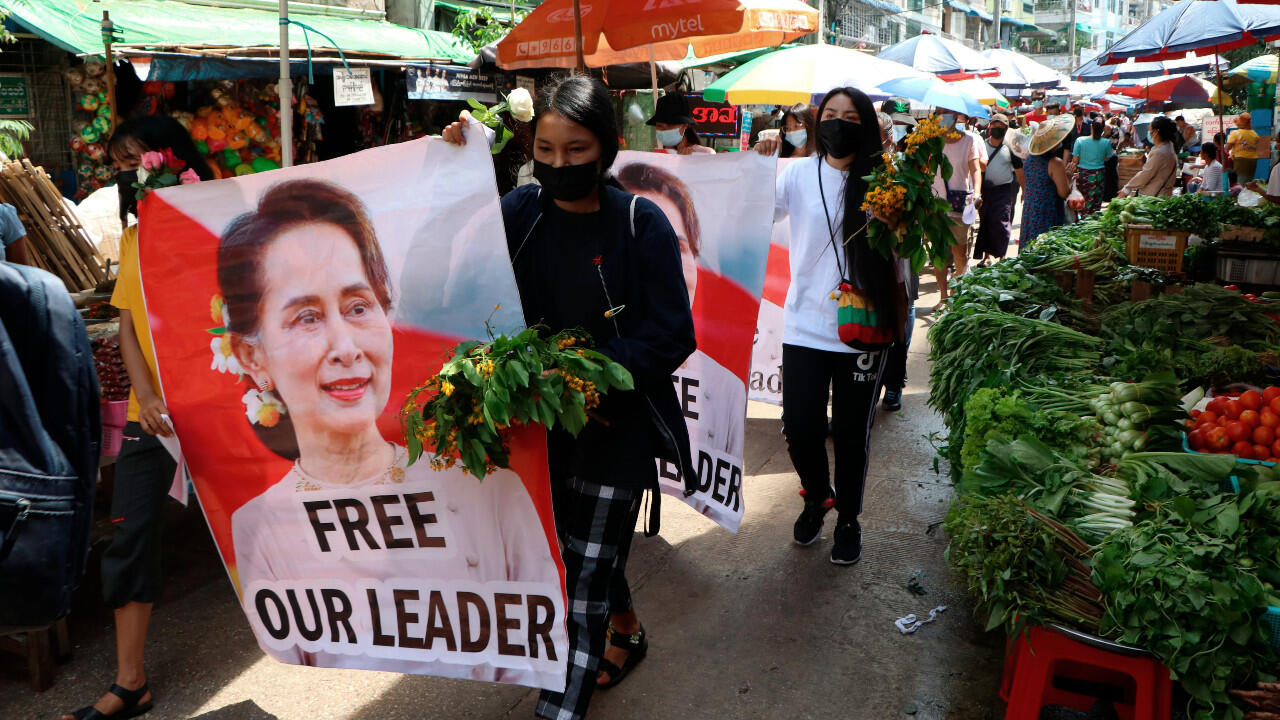 Myanmar’s ousted civilian leader Aung San Suu Kyi was hit with a fresh criminal charge during a court hearing on Monday, according to her lawyer. The hearing came as opponents of the February 1 military coup called for a show of defiance over the upcoming New Year holiday.

Suu Kyi appeared for Monday’s court hearing via a video link and was slapped with an additional charge related to a natural disaster law, lawyer Min Min Soe said.

“She has been charged in six cases altogether, five charges in [the capital] Naypyidaw and one in Yangon,” Min Min Soe told AFP. The next hearing is set for April 26, he added.

At her latest court hearing, Suu Kyi once again asked to be allowed to meet her lawyers in person.

The 75-year-old Nobel laureate has not been seen in public since being detained in the early hours of February 1, when Myanmar‘s military deposed her government and seized power.

She has only been allowed to talk with her lawyers via video link in the presence of security officials and it is not known if she is even aware of the bloody turmoil that has engulfed the country since the military seized power.

“No, we haven’t, we could only talk about legal matters,” her lawyer told Reuters when asked if her legal team had been able to talk to her about the protests in which more than 700 people have been killed.

Monday’s hearing came as opponents of the coup called for a show of defiance of the military with costumes and prayers over the upcoming New Year holiday.

The traditional New Year, known as Thingyan in Myanmar, is the most important holiday of the year and is usually celebrated with prayers, ritual cleaning of Buddha images in temples and high-spirited water throwing on the streets.

“The military council doesn’t own Thingyan. The power of people is in the hands of people,” Ei Thinzar Maung, a leader of the General Strike Collaboration Committee protest group, wrote on Facebook.

She called for Buddhists to wear certain religious attire and recite prayers together, and for members of the country’s small Christian communities to wear white and read psalms. She said followers of other religions should follow the lead of their leaders.

The holiday runs from April 13 to April 17, which is New Year’s Day.

Security forces have killed 706 protesters, including 46 children, since the coup, according to a tally by the Assistance Association for Political Prisoners (AAPP) activist group.

That tally includes 82 people killed in the town of Bago, about 70 kilometres (45 miles) northeast of Yangon, on Friday, which the AAPP called a “killing field”.

Ahead of G7, Macron urges US and Europe to allocate vaccines to poor nations