Myanmar’s UK ambassador ‘locked out’ of embassy in London 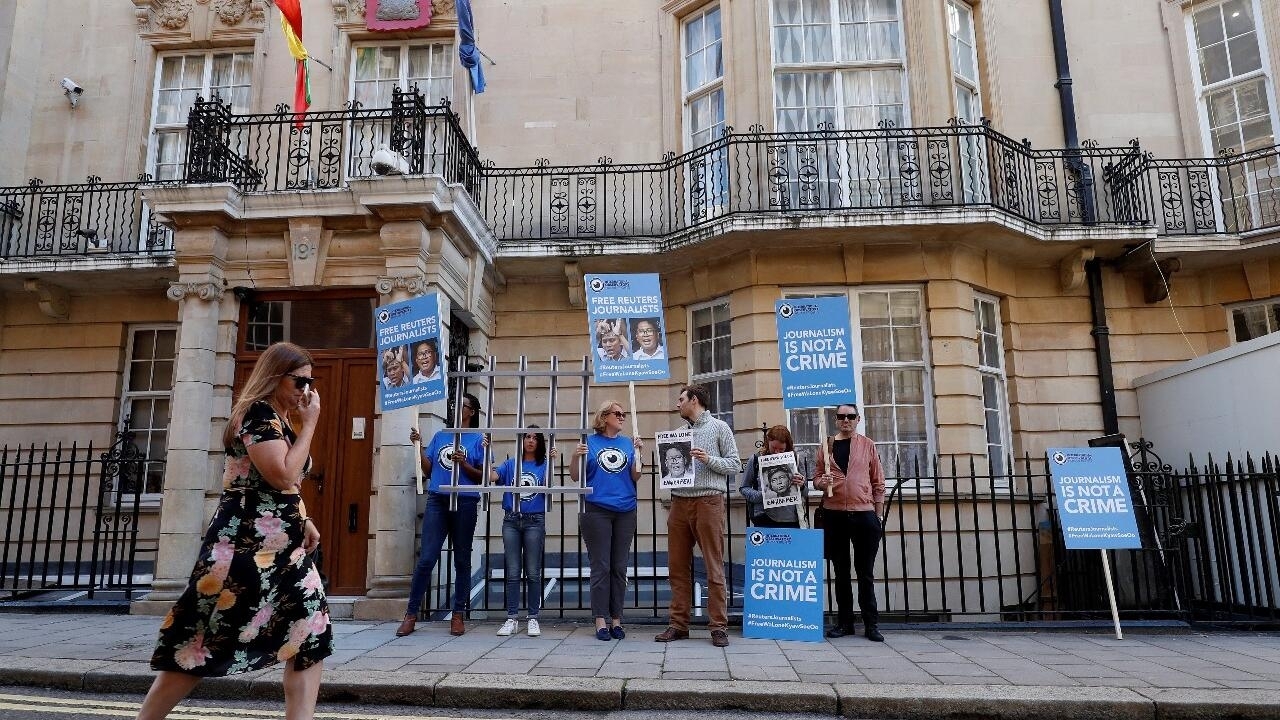 Myanmar’s ambassador to London told Reuters he was locked out of the embassy on Wednesday, and sources said his deputy had shut him out of the building and taken charge on behalf of the military.

The military seized power in Myanmar in a coup in February and have cracked down on pro-democracy protesters.

“I have been locked out,” he told Reuters outside the embassy in central London.

Four diplomatic sources with knowledge of the matter said that deputy ambassador Chit Win has taken over as charge d’affairs and he and the military attaché had locked the ambassador out of the building.

Kyaw Zwar Minn spoke next to the embassy, where police were standing guard. He spoke to protesters on the street outside.

Last month, he had called for the release of Suu Kyi, and ousted President Win Myint, drawing praise for his “courage” from British foreign minister Dominic Raab.

Britain has sanctioned members of Myanmar’s military and some of its business interests in wake of the coup, and has demanded the restoration of democracy.

The British foreign office had no immediate comment on the incident.

“We are aware of a protest outside the Myanmar embassy in Mayfair, London. Public order officers are in attendance. There have (been) no arrests,” police said in a statement.