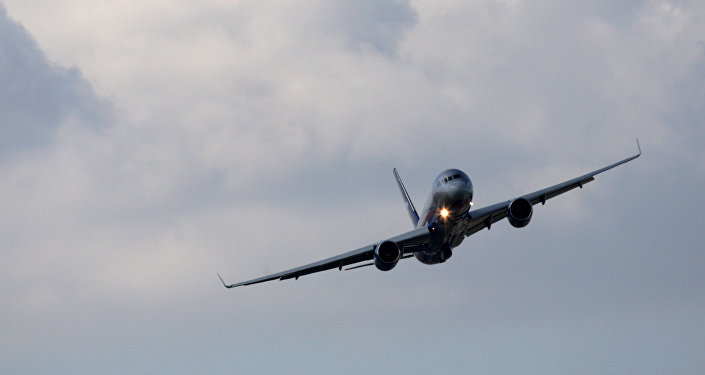 While Democrats have been calling former US President Donald Trump’s withdrawal from the Treaty on Open Skies “illegal,” the Biden administration has privately been telling its allies that returning to the treaty would give Russia the “wrong message.”

The March 31 message to “international partners,” which was obtained by Defense News, says the Biden administration is “frankly concerned that agreeing to rejoin a treaty that Russia continues to violate would send the wrong message to Russia and undermine our position on the broader arms control agenda.”

“While we recognize that Russia’s Open Skies violations are not of the same magnitude as its material breach of the INF Treaty, they are part of a pattern of Russian disregard for international commitments – in arms control and beyond – that raises questions about Russia’s readiness to participate cooperatively in a confidence-building regime,” the memo continues.

The Intermediate-Range Nuclear Forces (INF) Treaty and the Treaty on Open Skies (OST) are two agreements signed with Russia that aimed to reduce tensions between the two nations, particularly in Eastern Europe. This was after a tense standoff in the 1980s created conditions in which a strike against Moscow by NATO could happen so quickly that it left Warsaw Pact forces without sufficient time to evaluate the threat, making it likely a mistake or false reading could spiral into an all-out war. The Trump administration pulled the US out of both treaties – the INF in 2019 and OST in 2020 – after claiming Russia had been in violation of them, which Moscow has denied.

In the case of the Open Skies Treaty, the US left 34 partner states hanging, which were allowed the same mutually approved overflights as Russia and the US. All the equipment, including the cameras, had to be carefully approved, as did the flight paths, but the overflights helped partner nations sleep a little easier in their beds knowing a sneak attack wasn’t in the works.

When Trump announced the US withdrawal from OST in May 2020, Democratic lawmakers denounced the move as “illegal” because the administration hadn’t notified them 120 days prior to the move, as required by the National Defense Authorization Act. In a letter to then-Defense Secretary Mark Esper and then-Secretary of State Mike Pompeo, a group of senators called it “an obvious political maneuver in an attempt to bind a future administration.”

US participation in the treaty nonetheless ended in November of that year, and this past January, Moscow announced it was ceasing its participation as well, saying the blame for the treaty’s death “lies entirely with the US and its NATO allies.” However, Russia has also signaled its willingness to restart the agreement if the US is also interested, now that Joe Biden, a Democrat, is in the White House.

Their hope was not without reason: the day after Trump announced the withdrawal, Biden said the move would “exacerbate growing tensions between the West and Russia, and increase the risks of miscalculation and conflict.”

He continued, saying that the US should respond to Russia’s alleged transgressions “not by withdrawing from the treaty, but by seeking to resolve them through the treaty’s implementation and dispute mechanism.”

The US’ chief objection has been Russia’s denial of certain specific flights over Kaliningrad Oblast and over territory adjacent to Abkhazia and South Ossetia; however, Russia has said the Kaliningrad decision was within the confines of the treaty because it concerned airspace safety. Abkhazia and South Ossetia are breakaway states from Georgia that are recognized by Russia but not by the US, creating a dispute about whether they’re international borders or not.

After the US announced its withdrawal, Sergei Ryzhkov, the head of the Russian Defense Ministry’s National Center for Reducing Nuclear Danger, called the American reasons a “pretext” for denying Russian access to US airspace and because of “the desire of the Americans to control all of space (communication systems, navigation, space debris control, remote sensing of the Earth, etc.), and make good money on this in the future by selling relevant materials.”

On Tuesday, the US Air Force announced its decision to retire the aging OC-135 Open Skies aircraft specially constructed to fit the confines of the treaty, without replacing them. Russia’s own specialized aircraft, the Tu-214ON, which entered service in 2019, has been repurposed for other reconnaissance duties.

A Husky’s Guide to Ending an Unwanted Conversation