Iraq, US Agree No Foreign Military Bases Will Operate in Middle Eastern State 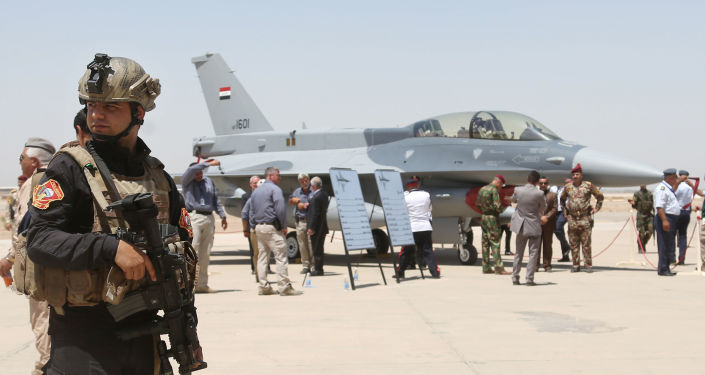 The third round of the so-called Strategic Dialogue talks started earlier on Wednesday and is set to clarify the status of the international anti-terrorist coalition troops led by Washington currently deployed in Iraq. Two previous meetings were held in June and August of 2020.

“The sides have agreed that there would not be any [foreign] military bases in Iraq,” Al-Araji said at a press conference following the meeting, assessing the talks as successful.

Additionally, the two delegations decided that the fight against Daesh would be conducted exclusively by Iraqi troops, the official noted.

“Washington pledged to withdraw a significant number of its military from Iraq,” the adviser said, adding that Baghdad had committed to protecting foreign specialists.

Early last year, the Iraqi parliament voted to end the presence of all foreign forces in the country, in response to Washington’s decision to launch a drone attack near Baghdad International Airport that killed senior Iranian commander Qasem Soleimani. According to Iraqi Prime Minister Mustafa Al-Kadhimi, the potential of the national security services has increased significantly and will soon enable the country to forgo the need for foreign forces.

Following the inaugural round of the dialogue, Washington confirmed that it would continue reducing its military strength in the Middle Eastern country. The second meeting resulted in an agreement to form a special group tasked with determining the timetable for a complete withdrawal of coalition troops.

In light of the parliament’s decision, the US-led coalition handed over multiple military bases and airfields to Iraqi control.

* Daesh is a terrorist organisation banned in Russia and other nations.