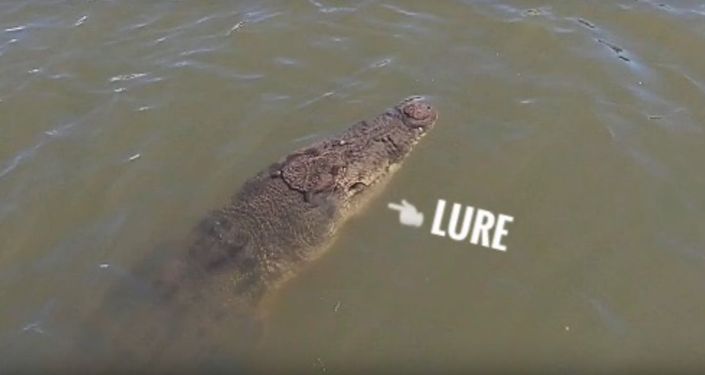 A man was fishing in Hinchinbrook, North Queensland, Australia last month when he hooked more than he bargained for – a huge crocodile.

“I did all I could to break the lure off but after nearly an hour, the line broke free. Probably for the best. I also tripped on my thongs and nearly fell in as he surfaced which got the heart racing faster,” the fisherman said, as quoted in the video.

“He really wanted that lure back,” one viewer wrote, while another said: “I would have cut the line instantly when I realised it was a crocodile attached.”

What would you do in such a situation?