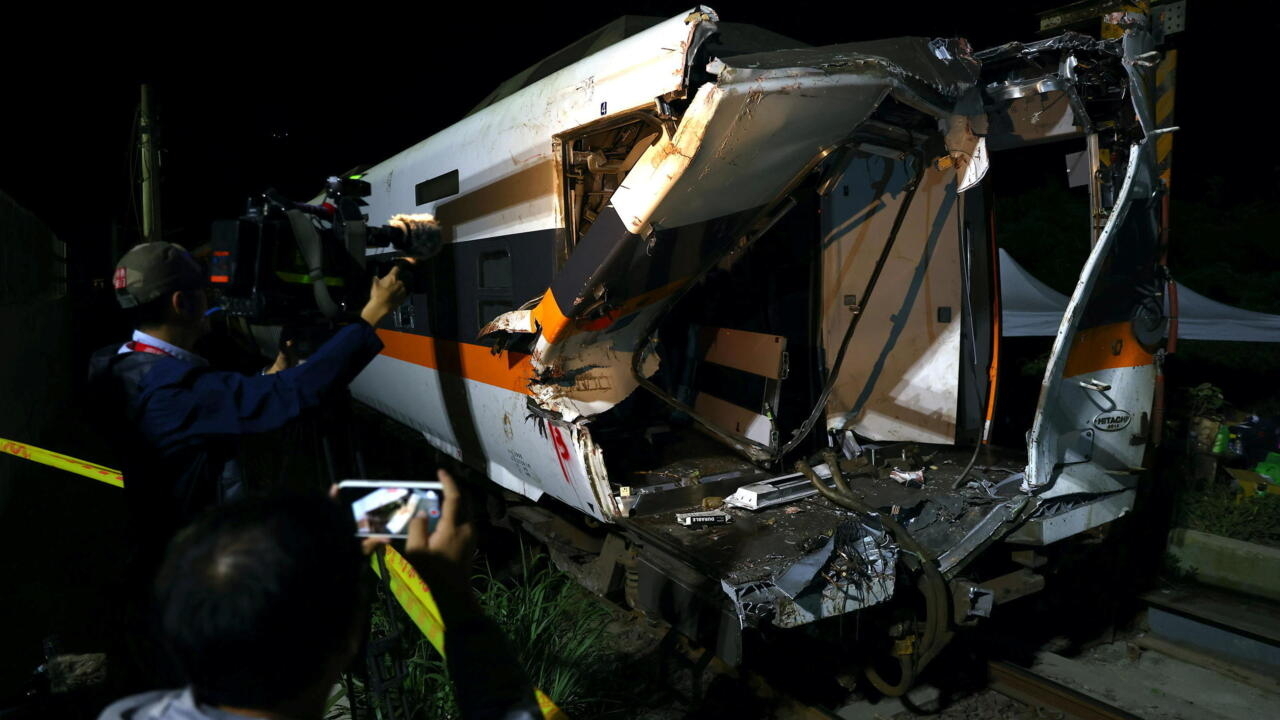 Taiwan’s transport minister said on Sunday he would step down after he and the manager of a construction site whose truck slid onto rail tracks causing a catastrophic train crash accepted responsibility for the disaster.

In the island’s worst rail accident in seven decades, 50 people have been confirmed dead after a packed express train carrying almost 500 passengers and crew slammed into the truck near the eastern city of Hualien on Friday, causing it to derail and the front part to crumple.

The truck that the train hit had slid down a sloping road onto the track just outside a tunnel. Officials are investigating the manager of the construction site, Lee Yi-hsiang, whose truck is suspected of not having its brakes properly applied.

Lee read out a statement apologising for what happened as police took him away from his residence, Taiwan media reported.

“I deeply regret this and express my deepest apologies,” he said. “I will definitely cooperate with the prosecutors and police in the investigation, accept the responsibility that should be borne, and never shirk it. Finally, I once again express my sincerest apologies.”

A Hualien court said on Sunday evening it had ordered that Lee be detained for two months, saying there was a risk he may destroy evidence. After questioning by the judge and evidence from prosecutors, he is suspected of causing death by negligence, it said.

His lawyer told reporters that Lee wanted to face up to what had happened and was apologetic and expressed regret.

Transport Minister Lin Chia-lung, in a statement on his Facebook page, said he would step down once the initial rescue work had come to an end, adding he “took full responsibility”.

“I should have accepted all the criticism over the past few days, but we have not done well enough,” he said.

Premier Su Tseng-chang’s office said prior to the announcement that Lin had made a verbal offer to resign, but Su had rejected it for the time being, saying efforts for now should focus on rescue and recovery.

Survivors have described terrible scenes inside the train.

“She could not find her daughter. When she yelled, she found her daughter was under the steel panels. She put her effort to move those pieces one by one, but her daughter’s voice became quieter and quieter, and then there was no response,” he said.

Workers are continuing to remove the train from inside the tunnel and look for other bodies, and officials have warned the death toll could go up or down as they verify identities. The government revised the toll down by one on Sunday evening to 50.

The Transport Ministry and the rail administration that comes under it are facing a number of questions, including why there was no proper fencing at the site and whether too many standing-only tickets were sold for the train journey.

The railway administration is without a permanent director after its former chief retired in January.

The uncle of the youngest confirmed victim, a 5-year-old girl, tearfully told reporters he was still waiting for an apology for the accident. “I’m so angry,” he said.

The government has promised compensation and said it will do everything it can to help survivors and their relatives, including coordinating public donations.

The damaged section of the track will not reopen until April 20 at the earliest, Wang said, though rail traffic continues on a parallel track that runs through another tunnel and was not affected by the accident.

The accident occurred at the start of a long weekend for the traditional Tomb Sweeping Day, when people return home to tend to family graves.

Opera at the window: Itinerant troupe takes the stage in Paris courtyards