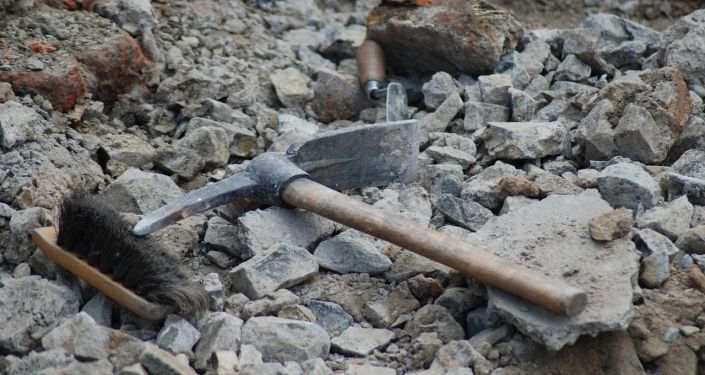 An amulet discovered in Negev Desert in Israel and dated to the ninth or eighth centuries BC by archaeologists from the Israel Antiquities Authority (IAA), is a truly unique find according to the Daily Express.

The front end of the tiny amulet, roughly the size of a coin, takes the form of a scarab.

“For centuries, they were used by the ancient Egyptians and neighbouring peoples, but this particular amulet has only known two parallels – one in Lebanon and one in Egypt – and is the first of its kind to be discovered in Israel,” IAA said regarding the find.

As the newspaper points out, in Ancient Egypt the scarab was perceived as a manifestation of Ra, one of the “chief creator gods.”

“This link between the creator god and the beetle stemmed from a misinterpretation by the Egyptians,” said Egyptologist Dr. Daphna Ben-Tor. “Having observed the beetle emerging from a ball of sheep’s dung where the female had laid its egg, they interpreted it as an act of spontaneous self-creation. Rolling the ball of dung on which it feeds, the Egyptians regarded the scarab beetle as the embodiment of the Sun god, who rolls the Sun across the sky.”

Ben-Tor also explained that “these amulets came to symbolise rebirth in the world of the dead and hence their popularity, particularly as funerary amulets that accompanied the deceased to the afterlife.”

The reverse side of the amulet bears an etching of “an Egyptian libation vessel surrounded by two cobras,” the newspaper adds.

Omer Shalev, director of the IAA’s educational centre in Jerusalem, has praised those involved in the discovery, saying: “We are grateful to these young people for demonstrating exemplary citizenship and handing the rare scarab over to the National Treasures Department.”