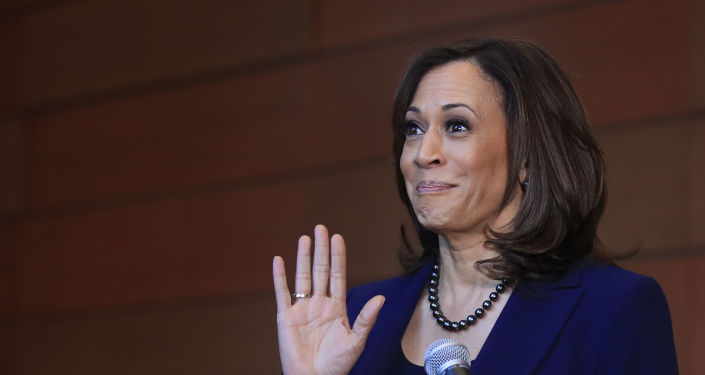 As the media outlet points out, Harris “has fielded questions from the media” following Biden’s announcement, with her “assigned efforts on migration” apparently fitting into a “broader trend of the administration delegating substantial foreign policy responsibilities to her.”

Last month, Biden reportedly said Harris would be in charge of helping return migrants to their countries of origin, adding that, while “this new surge we’re dealing with now started with the last administration”, it is the current administration’s responsibility to “deal with it humanely” and to “stop what’s happening.”

“And so, this increase has been consequential, but the vice president has agreed – among the multiple other things that I have her leading – and I appreciate it – agreed to lead our diplomatic effort and work with those nations to accept re- – the returnees, and enhance migration enforcement at their borders – at their borders,” he said.

Later, however, the White House argued that Harris’ weren’t involved with the “border crisis,” as efforts were focused instead on dealing with the “root causes – not the border.”

Meanwhile, Fox News contributor Lara Trump, who described the situation at the US border with Mexico as a “crisis,” inquired about Harris’ whereabouts, arguing that the latter “needs to get down to the southern border” as it has been two weeks “since she was tapped for this role.”

“We also had a bit of a crisis situation at the beginning of COVID and what happened? You saw President Donald Trump task Vice President Mike Pence with heading up Operation Warp Speed, and he jumped in with both feet. You heard from him constantly. You heard from the White House constantly. They were holding press conferences as often as possible to keep the American people informed,” she said.

Lara Trump also proceeded to describe the Biden administration as “the least transparent we have ever seen in the White House,” claiming that the media “just gives them a pass because they’ve been on their side since day 1.”

This development comes as the United States braces itself for a record number of migrants arriving at its southern border this year.

In March, over 171,000 migrants were apprehended by US authorities at the US border with Mexico, according to the preliminary data obtained by Reuters, with some 100,000 migrants being stopped there in February.

Maduro Slams Facebook For Banning Him, Calling It ‘Digital Totalitarianism’