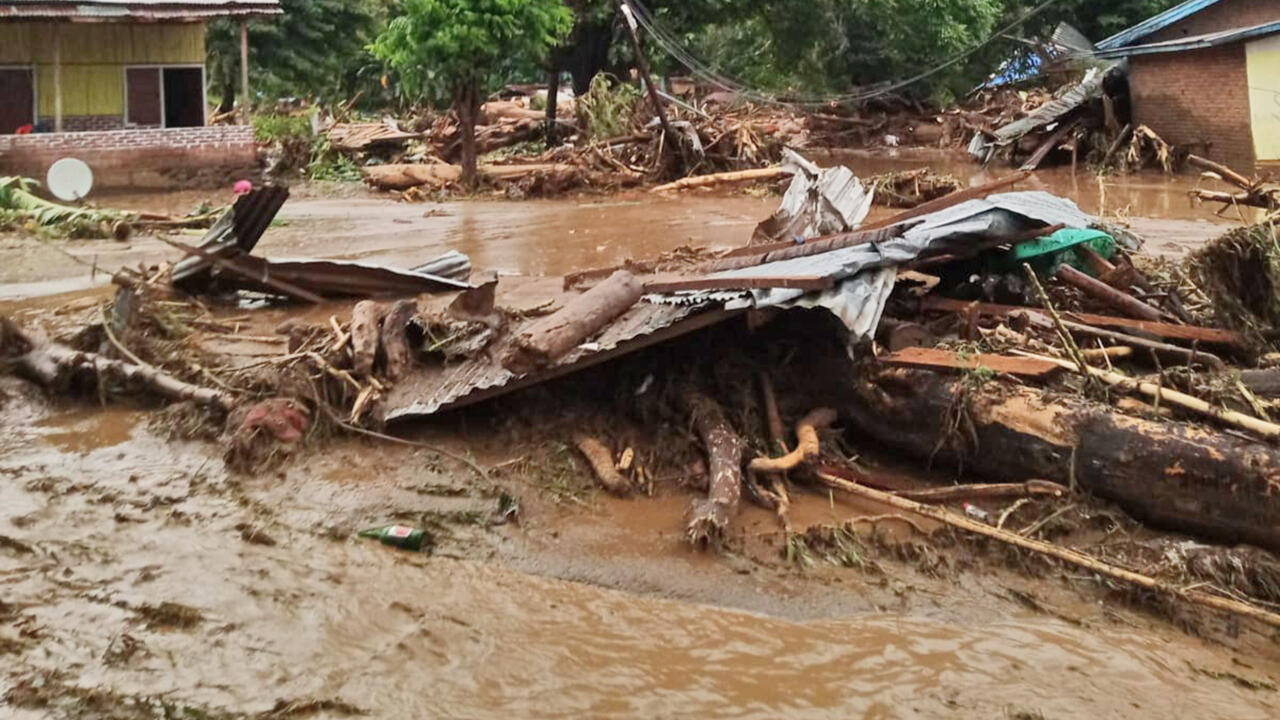 At least 44 people were killed after flash floods and landslides swept an island in Indonesia’s easternmost province Sunday morning, rescue officials said, adding they expected the toll to rise.

“There are 44 people dead with nine injured” in East Flores regency, and “many (…) are still under the mud”, National Disaster Mitigation Agency spokesperson Raditya Jati told AFP.

Mud inundated homes, while bridges and roads in the eastern end of the island were destroyed.

Rescuers are struggling to reach the remote and worst-hit area in East Flores regency because of rains and strong waves.

The death toll rose from 23 earlier announced by authorities.

The number of injured is also expected to increase as the agency is still receiving reports from locals, Jati said.

“We are still documenting the total number of people injured,” the spokesperson said, adding that extreme weather is expected to continue in the coming week.

Separately on Sunday, major floods also killed two people in Bima city in the neighbouring province of West Nusa Tenggara, according to the disaster agency.

Fatal landslides and flash floods are common across the Indonesian archipelago during the rainy season.

And last September, at least 11 people were killed in landslides on Borneo while a few months earlier dozens died in a similar disaster in Sulawesi.

Deforestation is often a cause of the landslides, according to environmentalists.

The country’s disaster agency has estimated that 125 million Indonesians — nearly half of the country’s population — live in areas at risk of landslides.