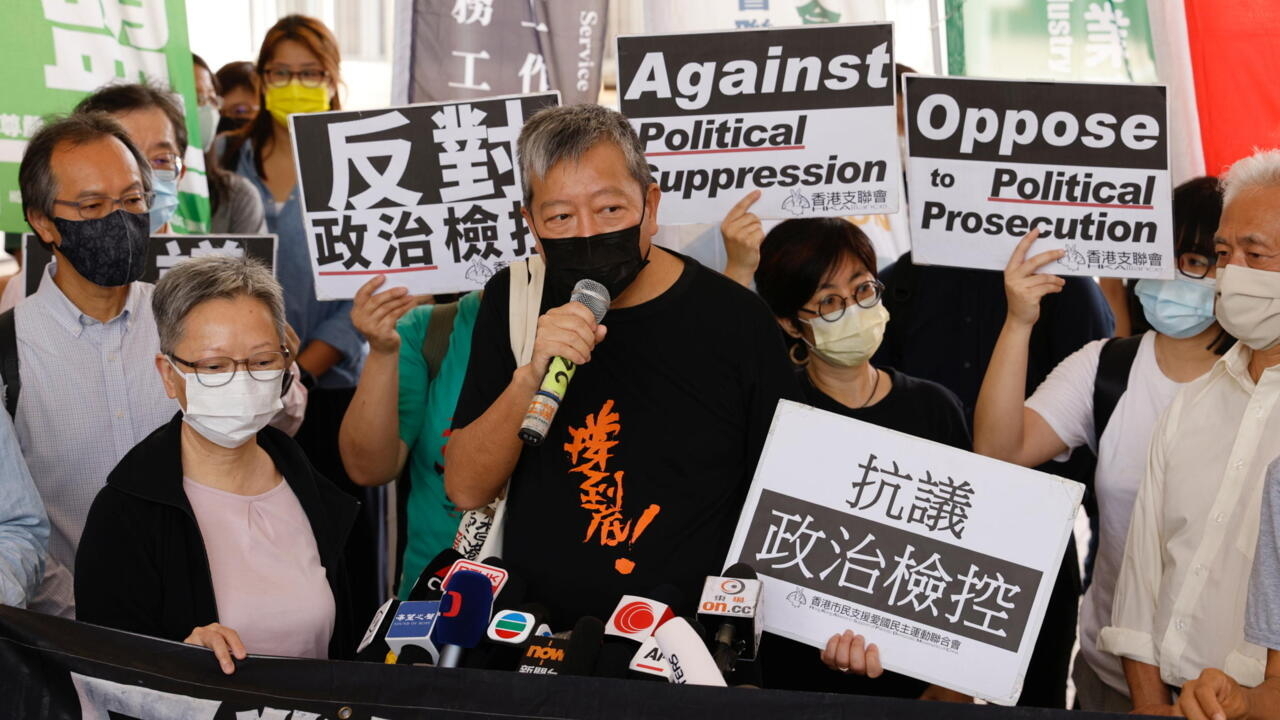 Nine veteran Hong Kong activists face jail after they were convicted Thursday on unlawful assembly charges for their role in organising one of the biggest democracy protests to engulf the city in 2019.

The defendants include some of the city’s most prominent pro-democracy campaigners, many of whom are non-violence advocates who have spent decades campaigning in vain for universal suffrage.

They are the latest group of democracy figures to be prosecuted as China oversees a sweeping crackdown on dissent in the restless financial hub.

Media tycoon Jimmy Lai, currently in custody after his arrest under Beijing’s new national security law, was among those convicted.

Leung Kwok-hung, an opposition politician known by his sobriquet “Longhair” who has also been detained on national security charges, was also sent down.

Others are leading members of the Civil Human Rights Front (CHRF), the coalition that organised a series of huge rallies throughout 2019.

Seven were found guilty by Hong Kong District Court on Thursday of organising and knowingly participating in an unauthorised assembly.

Two others had previously pleaded guilty. They face up to five years in jail.

The group was prosecuted for organising an unauthorised assembly on August 18, 2019 — one of the biggest in Hong Kong that year as people took to the streets for seven straight months calling for democracy and greater police accountability.

Organisers claimed 1.7 million people turned out — almost one in four Hong Kong residents — though that number was difficult to independently verify.

It was easily one of the biggest rallies that year, with dense crowds marching peacefully for hours under a sea of umbrellas and thundery skies.

Protests in Hong Kong can only go ahead with the permission of authorities and rights groups have long criticised the use of unauthorised assembly prosecutions.

This trial caused controversy before it began.

British lawyer David Perry, hired by the Hong Kong government to be the lead prosecutor, stepped down following withering criticism from both the UK government and British legal bodies over his decision to take the job.

Since 2019, protests have been all but outlawed with authorities either refusing permission on security grounds or later because of the pandemic.

The rallies in 2019 often descended into clashes between riot police and a knot of hardcore participants, and posed the most concerted challenge to China’s rule since the former British colony’s 1997 handover.

The movement eventually fizzled out under the combined weight of exhaustion, some 10,000 arrests and the emergence of the coronavirus pandemic.

Authorities have since unleashed a broad crackdown and Beijing has imposed a new security law which criminalises much dissent.

China and Hong Kong’s leaders say the law is needed to restore stability to the finance hub.

Critics counter that Beijing has shredded the liberties and autonomy it promised Hong Kong could maintain after the handover.

Israelis head to polls for fourth time in two years

Neymar says ‘at home’ at PSG amid contract extension talks