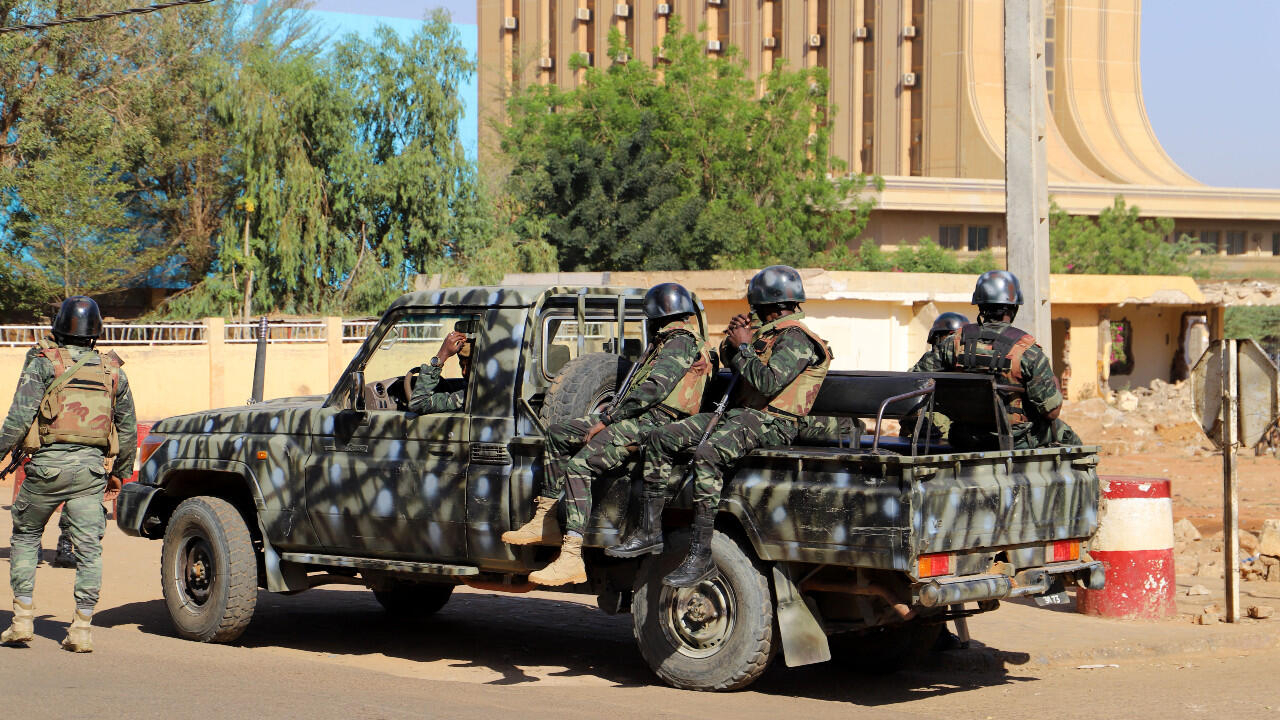 A military unit tried to seize the presidential palace in Niger’s capital Niamey overnight in an attempted coup but it was pushed back and order has been restored, the government said on Wednesday, days before a handover of power.

The assailants, from a nearby air base, fled after the presidential guard met their attack with heavy shelling and gunfire, three security sources told Reuters, requesting anonymity because they were not authorised to speak to media.

Government spokesman Abdourahamane Zakaria said several people had been arrested while others were still being sought, but that the situation was under control.

The sources did not comment on the whereabouts of president-elect Mohamed Bazoum, who is due to be sworn in on Friday after an election victory disputed by his opponent Mahamane Ousmane. President Mahamadou Issoufou is stepping down after two five-year terms.

The president’s office shared photos on Twitter of Issoufou presiding over the swearing-in ceremony of two new members of the constitutional court on Wednesday morning.

There have been growing attacks in Niger by Islamist militants, and political tensions in the country following Bazoum‘s victory in a February presidential election runoff. Former president Mahamane Ousmane, who lost in the runoff, has rejected the results and said there was fraud.

“There were some arrests among a few members of the army who are behind this attempted coup. The presidential guard retaliated, preventing this group of soldiers from approaching the presidential palace,” a security source told AFP.

Witnesses in Niamey said the heavy gunfire early Wednesday lasted between 15 to 20 minutes.

“It was around 3am, we heard shots from heavy and light weapons and it lasted 15 minutes before stopping, followed by shots from light weapons,” one resident of Niamey’s Plateau district, which includes the president’s official residence and offices, told AFP.

“The gunfire lasted about 20 minutes,” another resident said.

A third resident spoke of “intense shooting, with heavy and light weapons”.

Online newspaper actuniger.com reported that calm had returned by around 4 am.

In short video clips posted on social networks, only several seconds in length, sporadic bursts of gunfire could be heard in the pitch dark.

Former US envoy to the Sahel envoy J. Peter Pham tweeted that both the president and president-elect were safe.

The French embassy on Wednesday urged French nationals in Niger to stay home and the US embassy said it was suspending consular services until further notice and advised its employees not to come to work.

Tensions high ahead of inauguration

The gunfire comes just two days before new President Mohamed Bazoum’s inauguration on Friday and as Niger faces unprecedented attacks from Islamic extremists near its troubled border with Mali.

Just over a week ago, gunmen on motorcycles attacked a series of villages in the volatile border region, leaving at least 137 people dead in the deadliest violence to strike Niger in recent memory. Those attacks came on the same day that the constitutional court certified Bazoum’s electoral victory.

In January, at least 100 people were killed in villages, the same day that Niger announced the presidential election would go to a second round on February 21.

Niger has a history of military strongmen seizing power by force since its independence from France in 1960.

Reports tonight of gunfire and rumors of mutiny in #Niamey, just a week after terrorists killed 100+ & just days before 🇳🇪#Niger is to have its first-ever handover from one elected president to another. Alhamdulillah, @IssoufouMhm & @mohamedbazoum are safe & the incident is over.

Niger, one of the poorest countries in the world, has suffered numerous coups in its history, most recently a February 2010 putsch that toppled then-president Mamadou Tandja.

The Sahel country has also recently been struck by repeated jihadist attacks as Islamist movements have spilled over from neighbouring Mali and Nigeria.

More than 300 people have been killed in three attacks in the west since the start of the year.

In the most recent of these, 141 members of the Tuareg community were massacred on March 21 in Tahoua, a vast desert region abutting Mali.

Bazoum has ruled out any talks with the insurgents.

Niger’s armed forces are poorly equipped and trained, and number just 25,000 in a country twice the size of Texas.

The plan is to double this to 50,000 men within five years, but funding is key.

France is operating in the Sahel, particularly in the dangerous three-border zone between Niger, Mali and Burkina Faso.

The Barkhane force has been operating across five Sahel countries — Burkina Faso, Chad, Mali, Mauritania, and Niger — since intervening to fend off a jihadist advance in Mali in 2013.

Yet the force has been struggling to contain the escalating violence.

In an interview with FRANCE 24 earlier this week, Bazoum said France’s anti-jihadist force in West Africa was a “relative failure” and warned that a partial troop drawdown would have only a limited impact. “We would have liked, as part of the cooperation framework with the French army, to have had better results than we have,” said Bazoum. “This relative failure, it’s a shared failure, a failure of the entire coalition,” he added.

Under fire, a contrite Ted Cruz returns from holiday in Mexico to storm-struck Texas