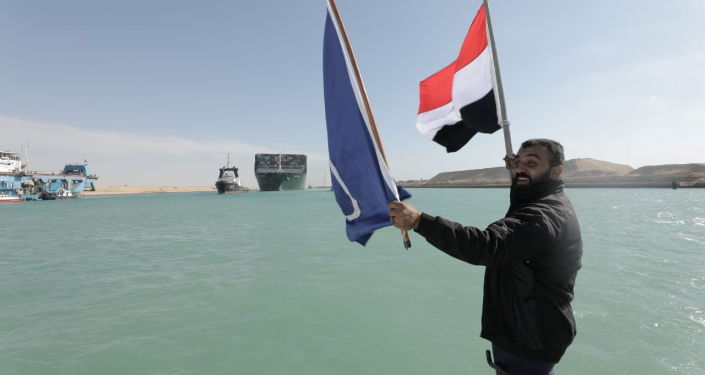 Loads of funny suggestions as to how to clear the Suez Canal have been offered by netizens, with tweets continuing to flow despite the actual resumption of navigation on the waterway.

The Suez Canal was blocked when a 224,000-tonne and 400 meters-long (1,300 feet) megaship sailing from China to the Netherlands ran aground amid high winds and a sandstorm that affected visibility. It took almost a week for the authorities to finally clear the canal, with offers for assistance pouring in from across the world. The passage was finally unblocked on Monday following the successful refloating of Ever Given. The accident was triggering losses of up to $15 million daily.

The crisis could not have left social media users unmoved, as they rushed to offer a helping hand, coming up with a bunch of rather creative ideas.

I asked my 10yo what to do about the boat in the Suez Canal. And, after viewing all the evidence, she said, “Time to dig a new canal.”

The accident has also become a source for commercial ideas and even sparked a little competition between car producers.

Another user, however, suggested the Ever Given congestion was a minor accident compared to the Suez Crisis of 1956, also known as the Second Arab–Israeli war, which put the great powers at a risk of a nuclear war.

Finally, someone suggested that given the ongoing coronavirus pandemic and virus-induced restrictions (and anxieties), people feel a lot like the Ever Given ship.