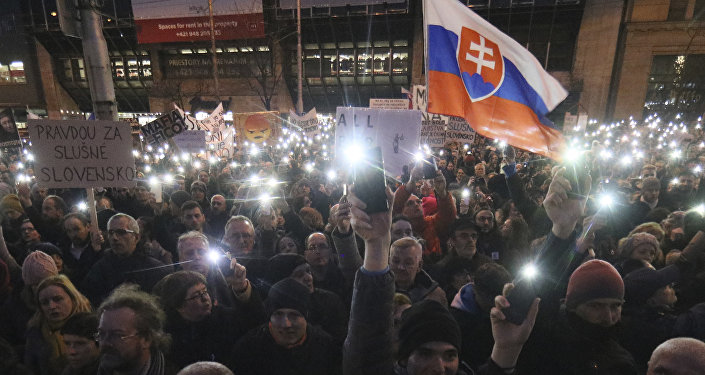 On Sunday, Matovic, who is also the leader of the Ordinary People and Independent Personalities party-member of the ruling coalition, proposed swapping posts with Heger as a way to meet the demands of other coalition members and put an end to the government crisis. The coalition partners gave their preliminary acceptance of the proposal. Heger is expected to discuss the possible reshuffling with President Zuzana Caputova later on Monday.

“After a month of mutual quarrels and insults, the coalition parties came up with a funny reshuffle, in which only Matovic and Heger will exchange posts. Today’s events have confirmed our words that the government crisis is nothing more than a disgusting theater. This is an absolute farce, a mockery of people, and contempt for the thousands of people who lost their jobs or even their lives during the month of the government crisis,” Voice-Social Democracy said in a statement released late on Sunday.

The opposition party insists that the only response to the crisis must be petitioning for a referendum to call a snap election. The petition will require at least 350,000 signatures of adult citizens and the president’s approval.

The current number of signatures under the petition is already close to the required minimum. Once the signatures pass the threshold, the party will submit the petition to Caputova for further consideration.

Disagreements within the government have long been brewing and peaked in early March after Matovic procured 2 million doses of Russia’s Sputnik V COVID-19 vaccine without EU authorization and in spite of opposition from his coalition partners. Some coalition party leaders demanded that the prime minister resign, to which Matovic said he would agree only if four other ministers, including ex-Economy Minister Richard Sulik, step down as well.

Sulik resigned last week, saying that he expected other cabinet members, including Matovic, to follow suit.

India, Russia Discuss Afghanistan Among Other Issues Ahead of President Putin’s Visit to New Delhi

Former US Secretary of Defense Donald Rumsfeld Dies at 88