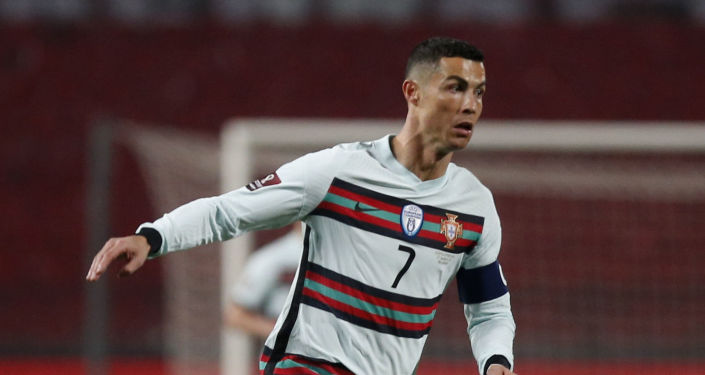 In the 93rd minute, Cristiano Ronaldo shot from outside the penalty area, but one of the defenders from the Serbian national team miraculously pulled the ball away from the goal with his foot. The Portuguese footballers signalled to the referee that the ball had crossed the goal line, but the referee did not count the goal.

​Ronaldo received a yellow card for his indignation at the referee’s decision. After that, the Portuguese striker threw the captain’s armband on the field.

Ronaldo received a yellow card for his visible indignation at the referee’s decision. The Portuguese striker threw the captain’s armband onto the field and stormed down the tunnel before the final whistle.

​In turn, Portugal manager Fernando Santos has revealed that after the match referee apologised to the team following the decision.

Cristiano Ronaldo commented on the uncounted goal on Instagtam.

“Being the captain of the Portugal national team is one of the greatest prides and privileges in my life. I always give everything for my country, and that will never change. But there can be difficult times, especially when we feel that an entire nation is suffering. Raise your head and take on the next challenge now! Come on, Portugal!,” Ronaldo said on Instagram.

After this match, Portugal and Serbia have 4 points each and are ranked first and second in Group A.

Which MLS youngsters are ready for Europe?

We Should Prevent Russia-US Relations From Deteriorating Further, Kremlin Says

New Round of Protests in Bogota Against Unpopular Tax Reform