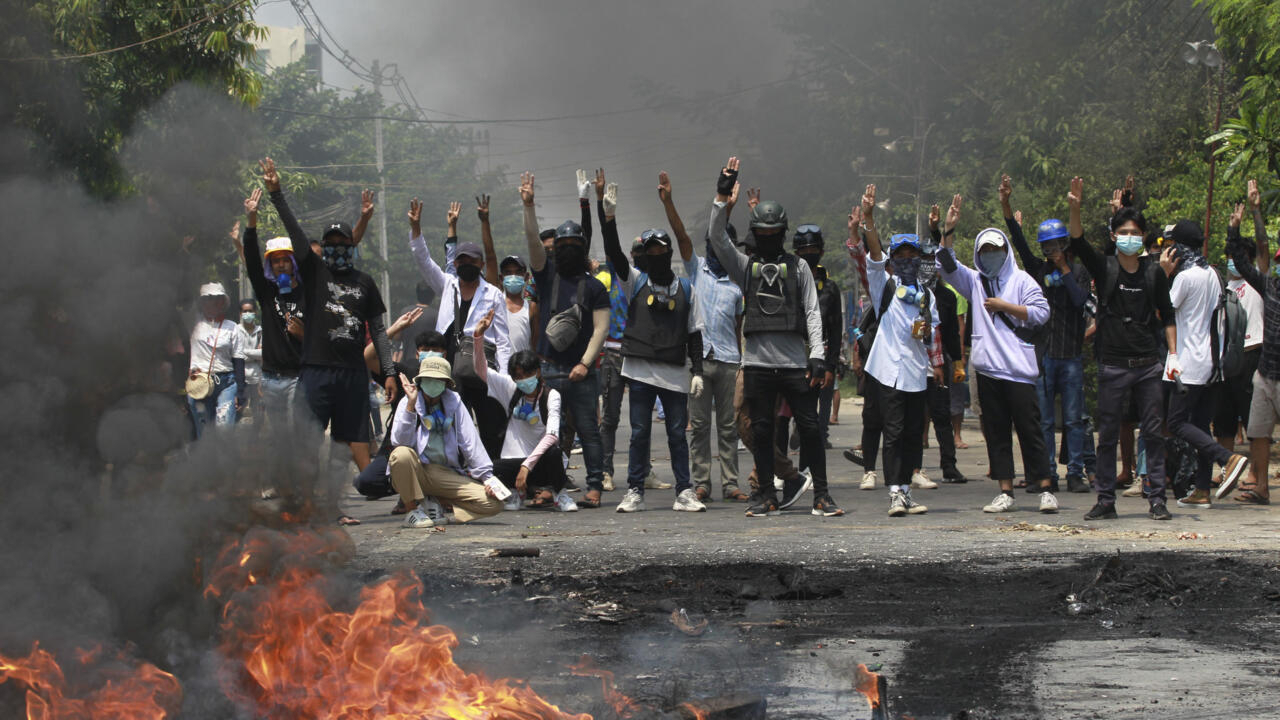 Defence chiefs from a dozen countries on Sunday jointly condemned the bloodbath in Myanmar a day earlier, when at least 90 people — including several children — were killed after security forces opened fire on anti-coup protesters.

Myanmar has been in turmoil since the generals ousted and detained civilian leader Aung San Suu Kyi, triggering mass protests demanding a return to democracy.

The junta on Saturday staged a major show of might for its annual Armed Forces Day as the death toll since the February 1 coup climbed to at least 423, according to a local monitoring group.

The defence ministers of 12 countries including the United States, Britain, Japan and Australia condemned the Myanmar military’s use of lethal force against civilians.

“A professional military follows international standards for conduct and is responsible for protecting — not harming — the people it serves,” the rare joint statement said.

“We urge the Myanmar Armed Forces to cease violence and work to restore respect and credibility with the people of Myanmar that it has lost through its actions.”

US Secretary of State Antony Blinken said Saturday that Washington was “horrified” by the killings carried out by Myanmar’s security forces, blasting “the military’s reign of terror.”

“We are horrified by the bloodshed perpetrated by Burmese security forces, showing that the junta will sacrifice the lives of the people to serve the few,” Blinken said in a tweet.

“The courageous people of Burma reject the military’s reign of terror.”

We are horrified by the bloodshed perpetrated by Burmese security forces, showing that the junta will sacrifice the lives of the people to serve the few. I send my deepest condolences to the victims’ families. The courageous people of Burma reject the military’s reign of terror.

Mourners were expected to turn out for funeral processions across the country Sunday, after the bloodiest day since the putsch.

Protesters with flags hit the streets in the morning at Bago city, northeast of Yangon, and the small town of Moe Kaung in Kachin State.

By sunset, AAPP said at least 90 people had been killed. Local media, however, put the death toll higher at 114.

“The fact the illegitimate military regime is targeting children is a grave act of inhumanity.”

Rebels in eastern Myanmar’s Karen state said they had been targeted in air strikes late Saturday, hours after the ethnic armed group seized a military base.

Hsa Moo, an ethnic Karen and human right activist said three people were killed and at least eight were injured.

“The people are worried about whether the air strikes would come again today,” she told AFP.

It was the first air assault in years in the state, and targeted the Fifth Brigade of the Karen National Union (KNU) — one of the country’s largest armed groups — which says it represents the ethnic Karen people.

The junta did not immediately comment, and there was no official confirmation of any casualties.

There was a grand parade of troops and military vehicles in the capital Naypyidaw on Saturday where junta leader General Min Aung Hlaing defended the coup and pledged to yield power after new elections.

But he also issued a threat to the anti-coup movement, warning that acts of “terrorism which can be harmful to state tranquillity and security” were unacceptable.

“The democracy we desire would be an undisciplined one if they pay no respect to and violate the law”, he said.

Armed Forces Day commemorates the start of local resistance to the Japanese occupation during World War II, and usually features a military parade attended by foreign military officers and diplomats.

The junta announced that eight international delegations attended Saturday’s event, including those of China and Russia — with a state media broadcast showing Russian deputy defence minister Alexander Fomin in the audience.

The Myanmar embassy in London on Sunday confirmed the ambassador met with Suu Kyi’s youngest son Kim, 44, last week, who reiterated a request to speak to his mother by telephone.

“Kim asked about his mother’s situation and her health. He is obviously extremely worried,” the embassy said on its Facebook page, adding it had already sent three letters to Naypyidaw.

Algerians demonstrate in their thousands to demand free press, judiciary