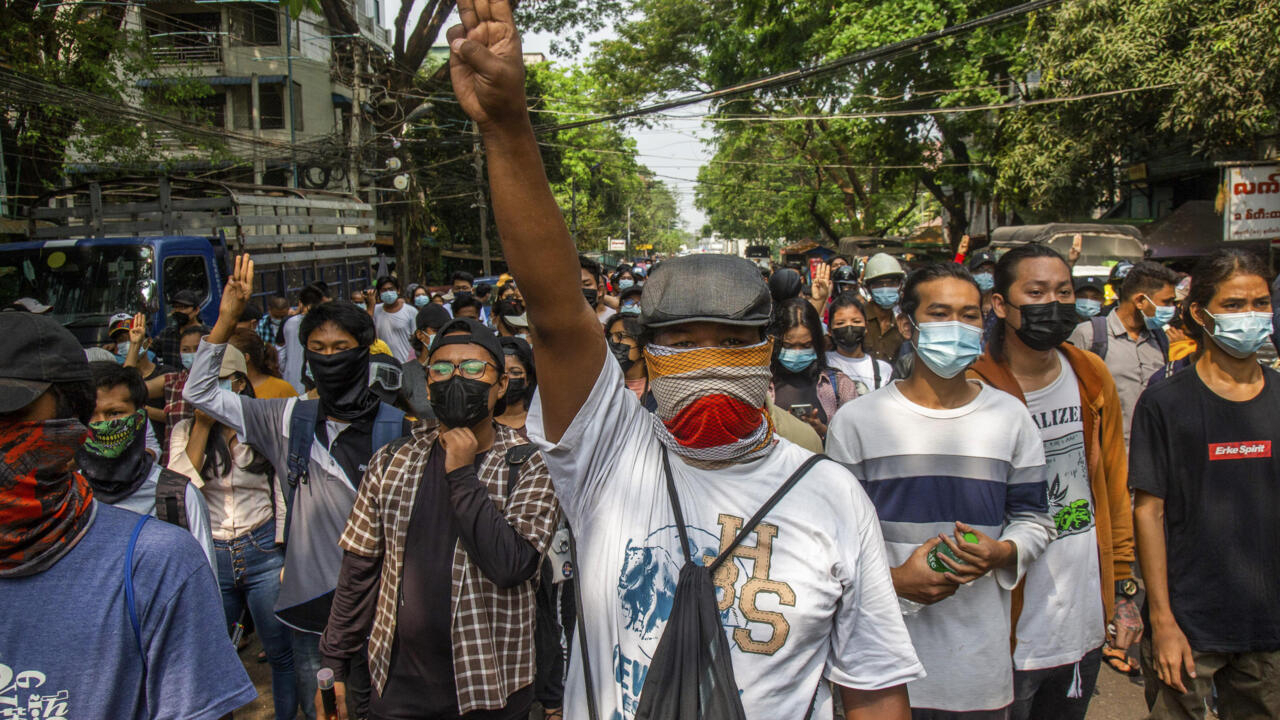 The head of Myanmar’s junta on Saturday used the occasion of the country’s Armed Forces Day to try to justify the overthrow of the elected government of Aung San Suu Kyi, as protesters marked the holiday by calling for even bigger demonstrations.

Senior Gen. Min Aung Hlaing did not directly refer to the nationwide protests that show no signs of stopping. In a nationally televised speech before thousands of soldiers at a massive parade ground at the capital Naypyitaw, he referred only to “terrorism which can be harmful to state tranquility and social security,” and called it unacceptable.

People in cities and towns around Myanmar marked the public holiday by again demonstrating against the Feb. 1 coup. In several locations, security forces sought to disperse them forcefully, as has become standard practice, Reports on social media, not immediately verified, said several demonstrators were shot dead Saturday morning.

The toll of protesters confirmed killed in Myanmar since last month’s takeover has reached 328, said the Assistance Association for Political Prisoners, a group that documents deaths and arrests.

It has cautioned that its tally includes only verified cases, with the actual number of casualties “likely much higher.” It said eight people were killed Friday.

The protesters refer to the holiday by its original name, Resistance Day, which marks the beginning of a revolt against Japanese occupation in World War 2. This year’s event was seen as a flashpoint, with protesters threatening to double down on their public opposition to the coup with more and bigger demonstrations.

Warning to learn a lesson from those killed

State television MRTV on Friday night showed an announcement urging young people — who have been at the forefront of the protests and prominent among the casualties — to learn a lesson from those killed already about the danger of being shot in the head or back.

The warning was taken as an explicit threat because a great number of the fatalities among the protesters have come from being shot in the head, suggesting they have been targeted for death. The announcement suggested that some young people were taking part in protesting as if it was a game, and urged their parents and friends to talk them out of participating.

In recent days the junta has portrayed the demonstrators as the ones perpetrating violence for their sporadic use of petrol bombs. In contrast, security forces have used live ammunition daily for weeks against overwhelmingly unarmed and peaceful crowds.

In his lengthy speech, Min Aung Hlaing accused Suu Kyi‘s elected government of failing to investigate irregularities in the last polls, and repeated that his government would hold “a free and fair election” and hand over power afterward. He gave no details.

The military has claimed there were irregularities in the voting rolls for last November’s election, which Suu Kyi’s National League for Democracy party won in a landslide.

The junta detained Suu Kyi on the day it took power, and continues to hold her on minor criminal charges while investigating allegations of corruption against her that her supporters dismiss as politically motivated.

Sniper videos a new propaganda tool for the Taliban