Lionel Messi is on a Mission to ‘Assassinate’ Keepers and Defenders, Says Chelsea’s Willy Caballero 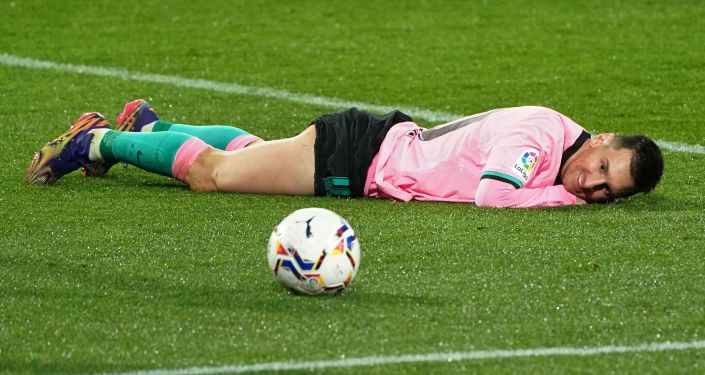 Chelsea keeper Willy Caballero has said Lionel Messi is on a mission to “assassinate” goalkeepers and defenders as he praised the forward for outstanding performance. In an interview with the website 90min, Caballero, who played with Messi on the Argentine national football team during the 2018 World Cup in Russia, said he “suffered” every time he had to play against the forward.

“He doesn’t care if you know him, if you’re Argentine or if you’re a friend. He’ll talk to you afterwards, greet you and everything else, but in those 90 minutes he’s on a mission to hit you with goals. He goes out to assassinate the goalkeepers. The goalkeepers, the defenders – he’s going to kill [them]. And killing means scoring as many goals as possible”, the goalkeeper said.

Caballero often played against Messi in La Liga when he was at the club Malaga and faced the athlete five times in the Champions League when he was at Manchester City and Chelsea. Only once did Caballero’s side manage to overcome Barcelona.

Despite its worst start in recent years, the Blaugrana have managed to right the ship return and are now ranked second after last week’s game against Real Sociedad. Messi scored twice and assisted on one goal. So far, he’s netted 29 goals for Barcelona this season in different tournaments.