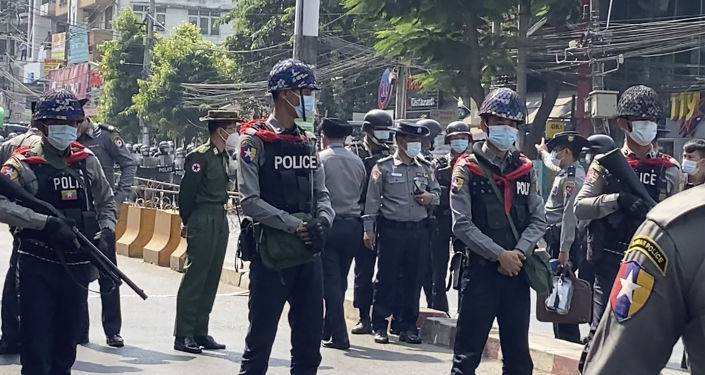 Great Britain imposed sanctions on Thursday, saying it is targeting the business interests of the Myanmar military.

“Today’s sanctions target the military’s financial interests to help drain the sources of finance for their campaigns of repression against civilians”, Foreign Secretary Dominic Raab said in a statement.

At the same time, the US Treasury Department announced via its website that it had introduced sanctions against Myanma Economic Holdings Public Company Ltd (MEHL) and Myanmar Economic Corporation Ltd (MEC).

Today US @SecBlinken and I have announced new sanctions which target Myanmar military business interests.

The UK and our partners will not hesitate to take action against a regime that has caused so much pain to so many innocent civilians 🇬🇧 🇺🇸
https://t.co/dyTYhSr6bI

​Myanmar has been riven with violent protests, and hundreds have been killed in clashes with the police, since February when the military seized power, alleging election fraud during the November 2020 vote.

The army arrested the head of the cabinet, Aung San Suu Kyi, President Win Myint, and senior leaders of the National League for Democracy (NLD), and introduced a state of emergency for one year.

‘This is Madness’: UK Accused of ‘Discrimination’ After Keeping France on ‘Amber Plus’ List