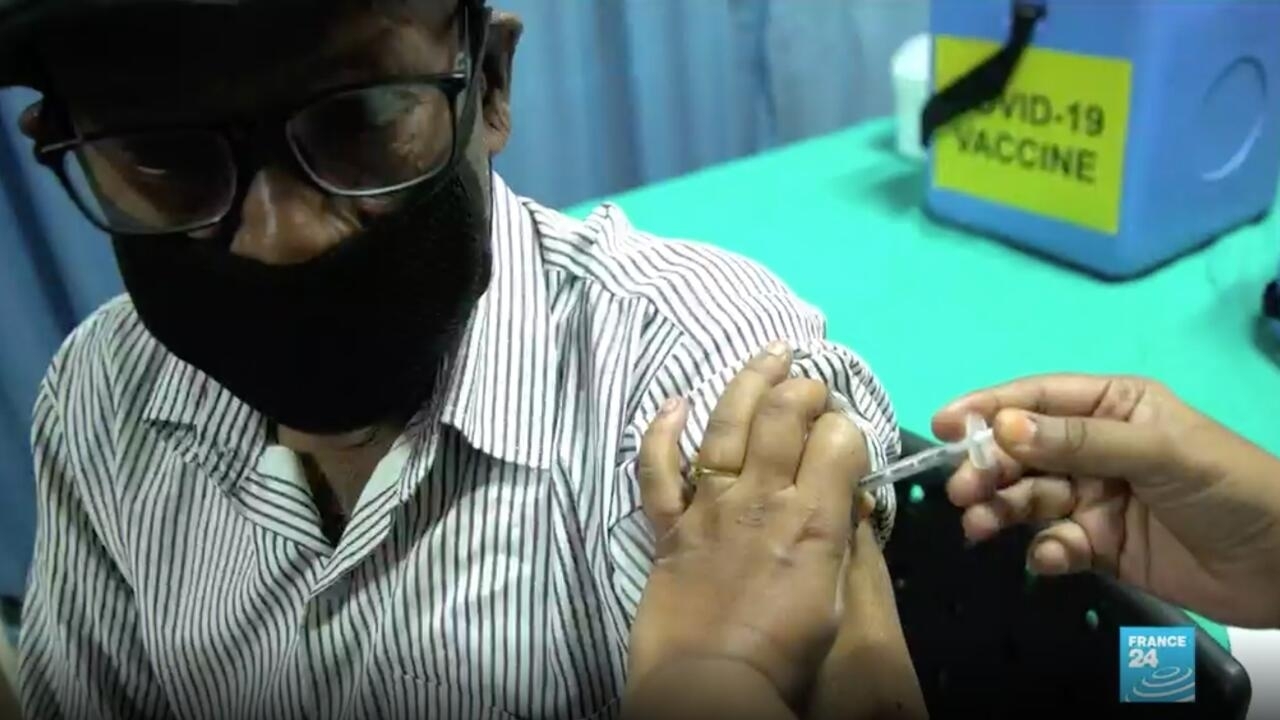 India’s campaign to vaccinate its 1.3 billion people against Covid-19 has hit a number of hurdles as a new surge in infections threatens to derail efforts to control the disease. FRANCE 24’s reporters visited a hospital in New Delhi to find out why.

Just over 40 million people have received at least one dose of the vaccine so far, what would be a large figure for most countries but is worryingly small for the world’s second most populous nation. At this rate, it would take India a decade to vaccinate 70 percent of its population.

In a bid to speed up the campaign, the government has said it will extend vaccinations to all citizens above the age of 45 – down from 60 today – starting on April 1, irrespective of comorbidities.

At Jamia Hamdard Hospital in the capital, New Delhi, doctors say the problem is not a shortage of doses, but of candidates for vaccination. The hospital can vaccinate up to 200 people per day, but lately an average of only 50 people have been showing up daily.

They include 70-year-old Madan Lal, who says he was unable to register online for an appointment. Instead, he decided “to visit this hospital directly to register myself”.

Dr Aqsa Shaikh, head of the hospital’s vaccination programme, says India’s decades-long record of vaccinating for diseases like polio should have given the country a head start. But Covid-19 is proving to be a very different challenge.

‘‘India has a long history of vaccinating children, adolescents, and pregnant women,” she says. “But when it comes to Covid vaccination, which is for adults and for a huge population of [800 million] people, then it is a different ball game altogether.’’

Concerned about a dip in vaccination numbers, a team of doctors from the hospital have decided to visit local communities. Their aim is to inform the public about the benefits of vaccination and how to get it done.

“Our main goal is to provide them knowledge,” says Dr Vishal, a member of the team. “We make them aware of the closest vaccination centre they can visit. And if they have any vaccine related doubts, we help to clear those doubts.”

Click on the player above to watch the report by Adil Bhat, Suhel Khan, Thomas Denis and Mandakini Gahlot.