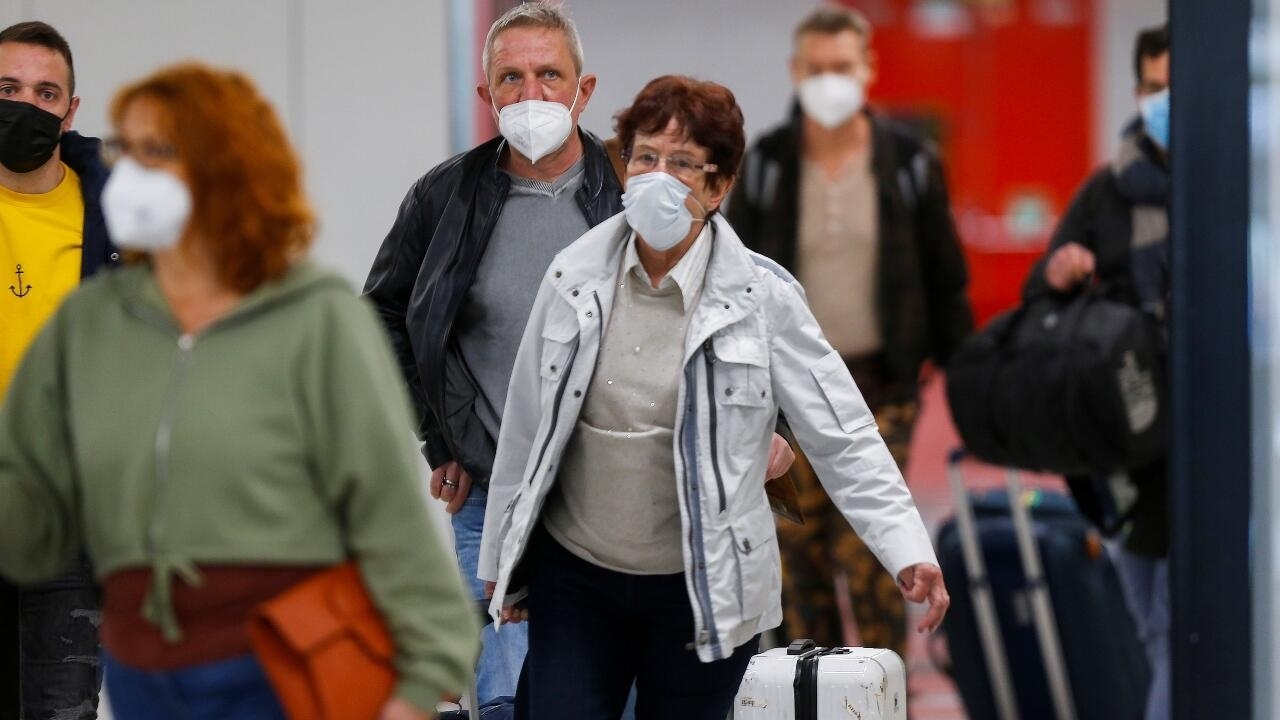 Germany is poised to tighten a partial lockdown into April to halt an exponential spread of the coronavirus driven by variants.

But hopes for indoor dining, cultural and leisure facilities to follow suit will now have to be delayed, as a third wave of the virus has sent infections numbers rising again.

Instead, worst-hit areas may from Monday have to reimpose restrictions and order shops close again.

“Given the current infection dynamics accelerated by the Covid-19 variants, forceful action is still required,” said a draft document, which is to be discussed by Chancellor Angela Merkel and regional leaders of Germany’s 16 states on Monday.

Existing restrictions including a requirement for employees to work from home whenever possible will have to be extended until an as-yet-undetermined date in April, according to the draft.

To prevent any contagion at the workplace, companies would be required to provide at least two rapid tests a week to employees who are unable to work from home, under the draft rules.

With an eye on upcoming Easter school holidays beginning next weekend across most of Germany, travellers would be required to be tested and go into quarantine when they return to Germany, it adds.

On Wednesday, Merkel’s administration urged Germans to be responsible during the pandemic and not to travel to the popular Spanish island of Mallorca over the Easter break, even as airlines have piled on hundreds of flights to meet surging demand.

Health authorities warned on Friday that coronavirus numbers are rising at a “very clearly exponential rate”.

“It is very possible that we will have a similar situation over Easter to the one we had before Christmas, with very high case numbers, many severe cases and deaths, and hospitals that are overwhelmed,” Lars Schaade, vice president of the Robert Koch Institute for infectious diseases, told reporters then.

On Sunday, the incidence rate of infections measured over the last seven days reached 103.9 per 100,000 inhabitants.

Merkel and regional leaders agreed at the last round of talks that authorities would tighten the screws again if the incidence rate struck 100.

“Unfortunately, we are going to have to use these emergency brakes,” Merkel warned on Friday.

Last week authorities in Hamburg, the country’s second most populous city, said they would pull the “emergency brake” from Saturday after exceeding the 100-mark three days in a row.

Shop-owners were watching developments nervously, with the German retailers’ association warning that 120,000 shops could go bust if the shutdown persists.

The grim news came with the country also struggling to accelerate its inoculation campaign.

Dogged by supply issues and mistrust over AstraZeneca’s jab, Germany’s vaccination campaign has been sluggish compared to the British or US programme.

The use of AstraZeneca’s vaccine was suspended for several days earlier this week by major European countries, including Germany, over fears it may cause blood clots.

After Europe’s medicines regulator EMA cleared it for use following a review, Merkel herself sought to shore up confidence in the jab.

“Yes, I would take the AstraZeneca vaccine,” Merkel said on Friday.

Journalists in the Sahel ‘sick with fear’