Biden says ‘tough’ to meet May 1 deadline for Afghanistan withdrawal 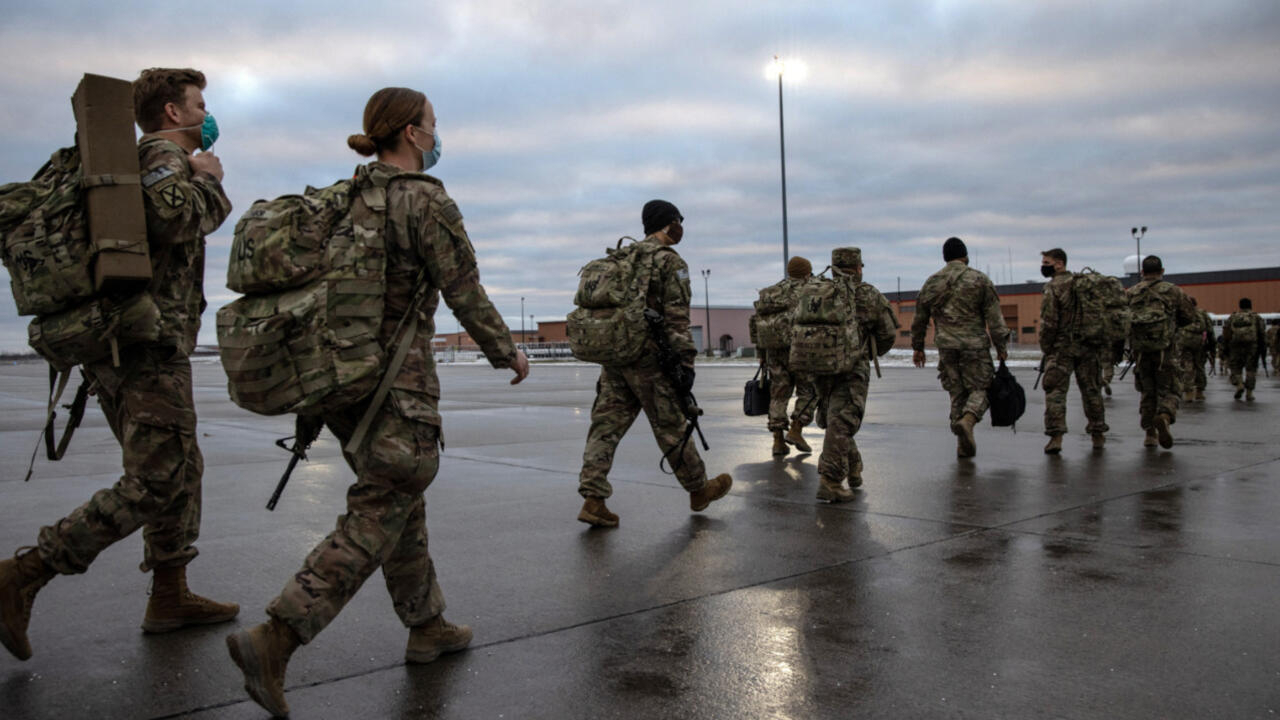 US President Joe Biden has warned it will be “tough” to meet a May 1 deadline to withdraw American troops from Afghanistan, as agreed with the Taliban, ahead of a key summit hosted by Russia on Thursday to revive the Afghan peace process.

The Taliban insurgents have largely stuck to a promise not to attack US or other foreign troops since the agreement was struck in February last year, under Biden’s predecessor, Donald Trump.

However, the insurgents have stressed that the date to end America’s longest war is inflexible.

“Could happen, but it is tough,” Biden said when asked about the May 1 deadline in a TV interview broadcast on Wednesday. “I’m in the process of making that decision now.”

The Taliban quickly reacted to Biden’s comments, with a spokesman telling AFP there would be “consequences” if the United States did not stick to the agreed timetable – further raising pressure on the fragile peace process.

Biden also took a direct swipe at Trump’s Afghanistan policy, saying it “was not a very solidly negotiated deal” that the then-president oversaw.

“The failure to have an orderly transition from the Trump presidency to my presidency … has cost me time and consequences. That’s one of the issues we’re talking about now, in terms of Afghanistan,” he added.

The United States is supposed to pull out all its troops by May 1 in an agreement that saw the Taliban agree to peace talks with the Afghan administration of President Ashraf Ghani.

The country has been engulfed by a two-decade insurgency by the Taliban since the Islamist militants were ousted by a US-led invasion in 2001 for harbouring the al Qaeda terror network.

Trump, who dubbed the conflict America’s “endless war”, cut troop numbers during his final days in office to 2,500 – their lowest figure since the start of operations 20 years ago.

Under the deal struck with the Taliban last year, the insurgents vowed not to allow territory to be used by “terrorists” – the original goal of the US invasion following the September 11, 2001 attacks.

But peace talks held in Qatar since September have made little progress.

Washington wants to jump-start the process and get the Taliban and Afghan government to agree to some form of power-sharing.

>> A blunt US letter aims to revive the Afghan peace process, but jolts women on a special day

Major urban centres in Afghanistan are in the grip of a worsening terror campaign in the form of deadly attacks targeting politicians, civil servants, academics, rights activists and journalists.

The Taliban deny all responsibility but the government says they are to blame – either directly, or by using proxies.

As the May deadline looms closer, Russia on Thursday is to host a conference featuring high-level delegations from the Taliban and Afghan government – as well from the United States, Pakistan and China.

At the talks, the insurgents will be led by the Taliban’s co-founder and deputy leader Mullah Abdul Ghani Baradar, while the Afghan government side is headed by former chief executive Abdullah Abdullah.

Pakistan, which holds the most outside influence over the Taliban, is represented by veteran diplomat Mohammed Sadiq, while the US sent long-time Afghan envoy Zalmay Khalilzad.

The United Nations, which is not participating in the Moscow talks, meanwhile announced that Secretary-General Antonio Guterres had nomination a new personal envoy, Jean Arnault, to work for peace in Afghanistan.

Analysts suggest a face-saving compromise on the US withdrawal could be hashed out, with Washington saying it has met its obligations while leaving some US experts attached to Afghan forces in advisory roles.

A complete exit of US troops – given the vital air cover provided to Afghan ground forces – would further loosen Kabul’s tenuous grip on the countryside.