Biden: Pulling Out US Troops From Afghanistan by 1 May Under Deal With Taliban Would Be ‘Tough’ 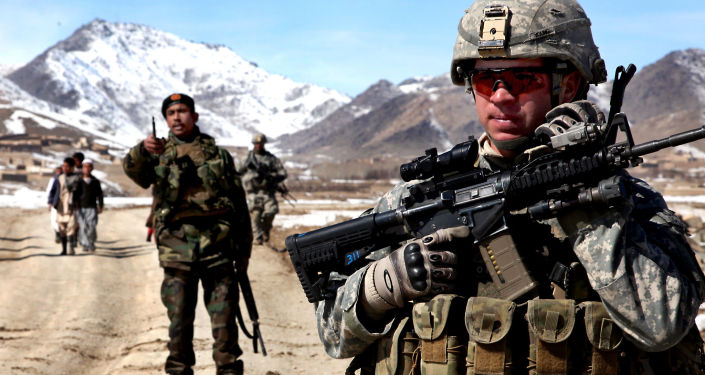 US President Joe Biden has stated in an interview with ABC News that withdrawal of American troops from Afghanistan by the 1 May deadline would be “tough”, although doable. POTUS suggested that the deadline, which was supposed to mark the full withdrawal of the remaining 2,500 US servicemen in the country, could be postponed to a slightly later date.

“I’m in the process of making that decision now as to when they’ll leave”, Biden said.

The president blamed his predecessor, Donald Trump, for being responsible for the difficulties the administration is purportedly facing in organising the troop withdrawal in time. Biden claims the previous president’s alleged unwillingness to properly hand over affairs during the transition period was allegedly the cause of the current issues.

Biden also took a swipe at Trump over his decision to strike a peace deal with the Taliban in February 2020 to end the 20-year US war in Afghanistan and under which Washington is supposed to withdraw their troops from the country by 1 May. POTUS claims the deal was “not very solidly negotiated” by his predecessor, but did not delve into the details.

The 2020 US deal with the Taliban suggested an immediate reduction in American military personnel to 2,500 people and subsequent abandoning of several military bases within 135 days and a full withdrawal within 14 months. Per the agreement, the US has the right to stop withdrawals if the Taliban breaches the peace and attacks American forces. Even though the Taliban has conducted several attacks against Kabul’s security forces, the process of the US withdrawal continued.

Under the provisions of the peace deal, the Taliban vowed to prevent al-Qaeda from ever gaining a foothold on the territories controlled by the militant group and pledged to start peace talks with Kabul. The latter criticised the peace agreement, but eventually engaged in talks with the Taliban. However, so far these negotiations have borne little fruit.

Trump on Facebook Ban: Mark Zuckerberg Came to White House to ‘Kiss my A**’