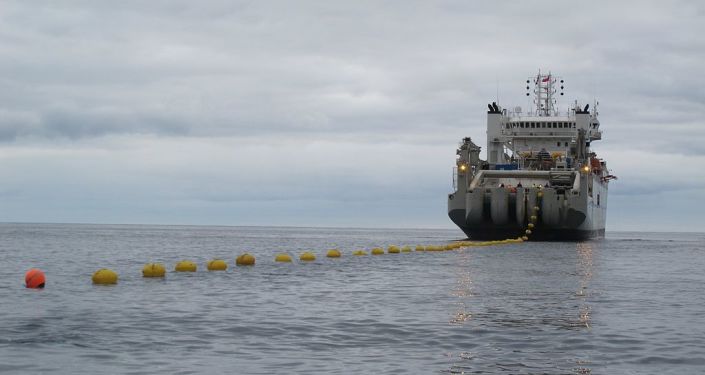 In response to an agreement by several other nations to lay an undersea power cable across the Eastern Mediterranean, Turkey has said its permission must be sought for the cable to pass through waters it has claimed to control.

Last week, Israel, Turkey, and Cyprus signed an agreement laying the groundwork for what would be the world’s longest undersea electrical cable. The 2,000-megawatt, 932-mile-long EuroAsia Interconnector would connect the three nations’ electrical grids and be largely financed by the European Union.

However, on a map showing the proposed route, the cable would pass through Greek waters Turkey has disputed the ownership of. The cable would pass 193 miles from the Israeli coast to Cyprus’ southern shore, then 559 miles along the continental shelf off the Turkish coast until it gets to the Greek island of Crete, then another 193 miles to Ithaca, according to Al-Monitor.

​In response, the Turkish government has formally protested the agreement and said any of the powers must seek Ankara’s permission even before conducting feasibility studies, the Associated Press reported.

Last year, Ankara dispatched warships to escort a survey ship to the disputed waters between Cyprus and Crete, where both petroleum and natural gas have been discovered. Greece and Cyprus also claim part of those waters.

Russia Only UNSC Member Represented by Deputy Envoy to UN at Talks With Biden, Diplomat Says