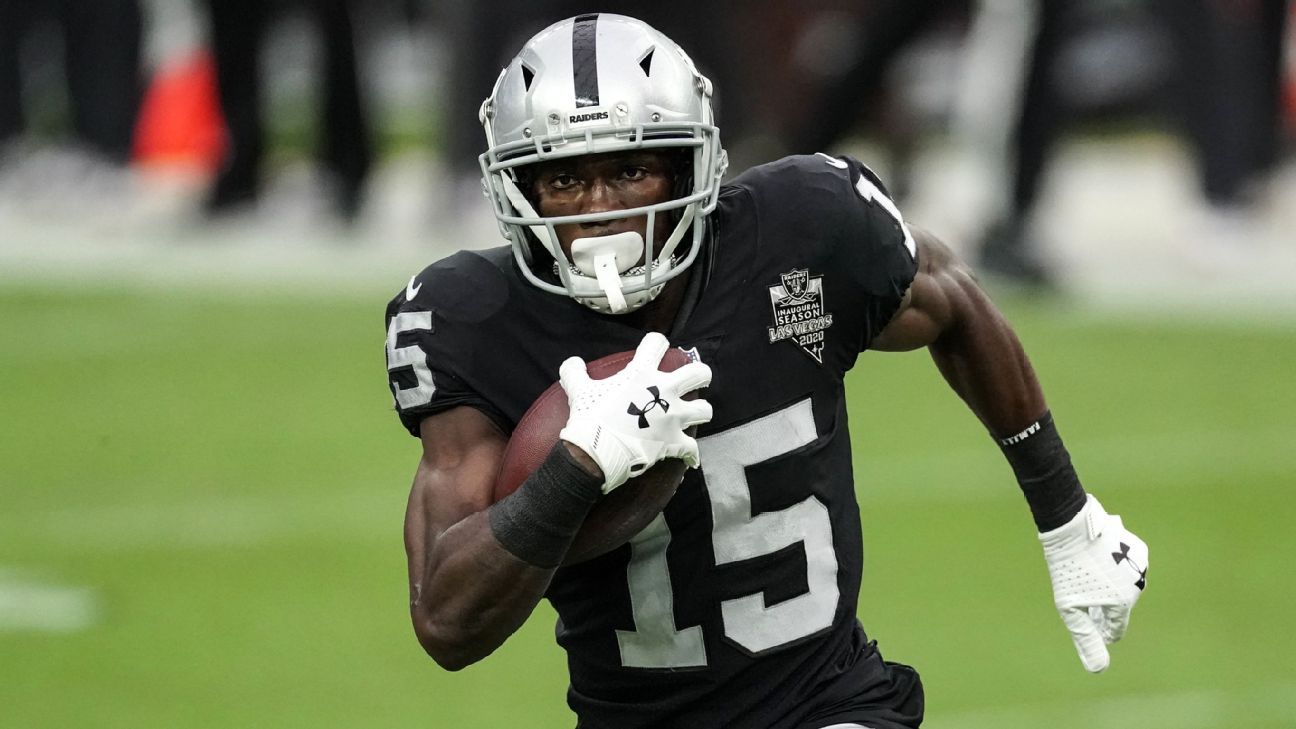 The Patriots also have spent big on the defensive side, adding pass-rusher Matthew Judon on a four-year, $56 million deal including $32 million guaranteed, sources told Schefter.

Agholor, signed by the Raiders to a one-year, $1,047,500 million prove-it deal last March after essentially being run out of Philadelphia due to the former first-round pick’s proclivity for drops, reinvented himself last season in Las Vegas.

He was the most efficient wideout on the Raiders’ roster, scoring a touchdown in eight of the Raiders’ 16 games. The eight eight touchdown catches tied his career high, and they included six of at least 20 yards — which ranked second in the league.

Agholor, the 20th overall pick of the 2015 draft, finished last season with a career-high 896 yards on 48 catches for a career-best 18.7 yards-per-catch average, which ranked second among NFL players with at least 25 receptions.

Raiders quarterback Derek Carr had a 100.5 passer rating when targeting Agholor, who also had 15 catches of at least 20 yards, which ranked 19th in the NFL.

Agholor, who turns 28 on May 24, was signed more for depth but ended up filling a need at the position when deep-threat Tyrell Williams was lost for the season in training camp with a shoulder injury and speedsters Henry Ruggs III and Bryan Edwards hit the rookie wall. His biggest game came in a losing effort to the Miami Dolphins in Week 16, when he had a career-high 155 yards receiving, including a career-long 85-yard TD. Zebra Technologies Next Gen Stats had Agholor going 117.8 yards of total distance on that score, the most yards traveled on an offensive scoring play through that point of the season.

Back in Sweden squad, Ibrahimovic heralds ‘return of the God’

The best and worst MLS kits of all time

After 50 years, Ali-Frazier I remains the fight that transcends the sport