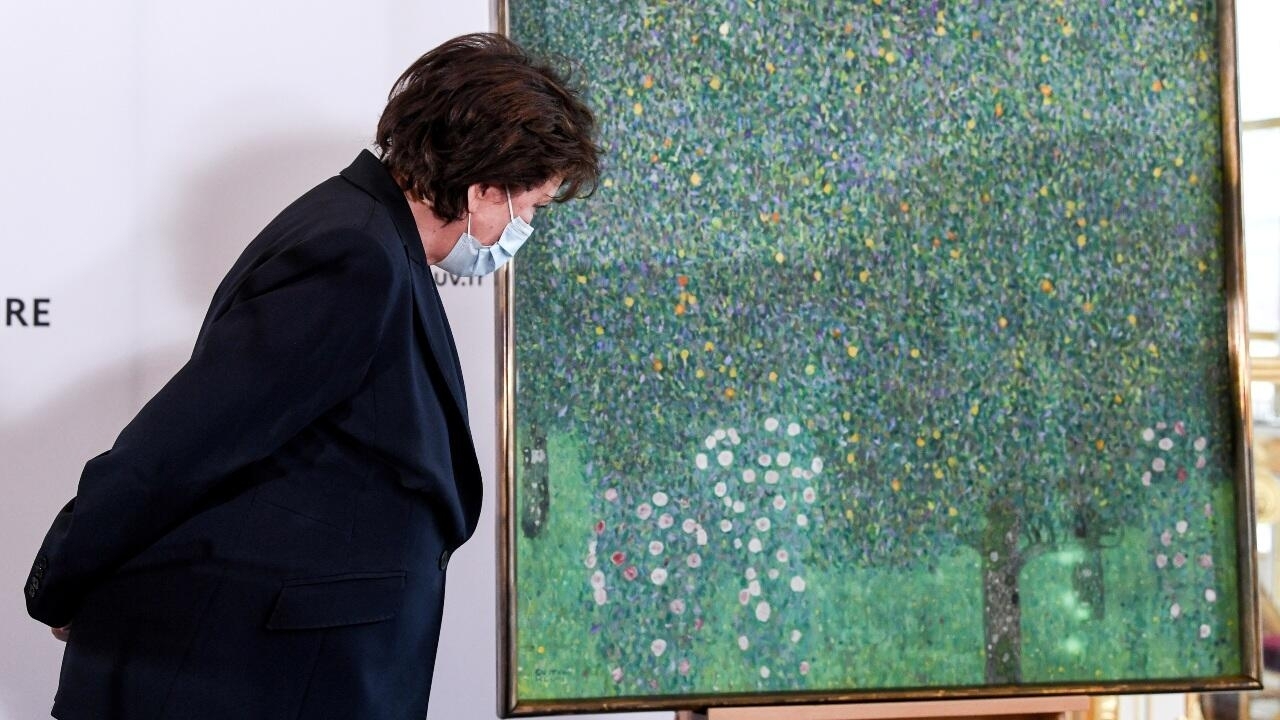 France will return a masterpiece by Gustav Klimt to the heirs of its owner more than 80 years after she was forced to sell it in the Nazi era, Culture Minister Roselyne Bachelot said on Monday.

The original owner – Nora Stiasny, from a well-known Austrian Jewish family – had to sell the painting “Rosiers sous les Arbres” (“Rosebushes under the Trees”) at a knock-down price to survive financially after the Nazis annexed Austria in 1938, Bachelot said.

She was deported to Poland in 1942 and died the same year.

The art dealer, a Nazi sympathiser, held onto it until his death in the 1960s and France, unaware of its history, eventually bought it at auction for the Musée d’Orsay in Paris in 1980, the minister added.

“This decision to return a major artwork from the public collections illustrates our commitment to justice and to reparation for the looted families,” Bachelot said.

Stiasny had inherited the painting from her uncle, Austrian industrialist and art collector Viktor Zuckerkandl, who bought the work in 1911.

The restitution would acknowledge the crimes suffered by the Zuckerkandl and Stiasny families and return a property that belongs to them, Bachelot said.

“Rosiers sous les Arbres is witness to those lives that a criminal pursuit has tried to make disappear,” she added.

WHO says Covid-19 virus variant in India ‘of global concern’