Mike Pence And His Wife Announce Birth of Their First Grandchild 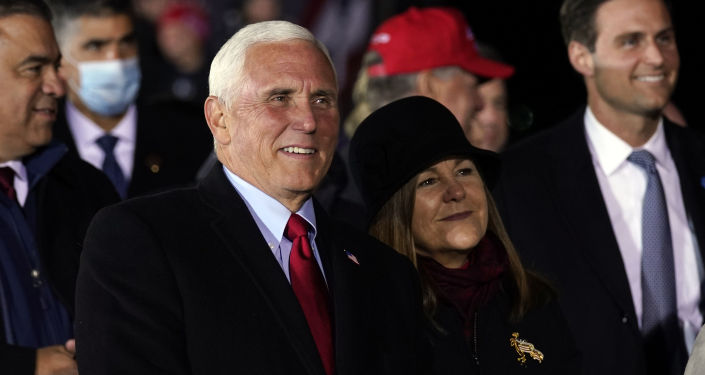 On Saturday, a former US VP, Mike Pence, and his wife, Karen Pence, tweeted the birth of their first grandchild. The proud grandparents shared pictures of their family’s new addition, a granddaughter named Avery Grace Pence.

So excited to announce the arrival of our first grandchild Avery Grace Pence born this week to our Amazing Daughter-in-Law Sarah and our son Michael! We Praise God that little Avery, her Mommy and Daddy are all doing just great! ❤️ pic.twitter.com/UuZxEVa5yx

The twitter post featured a photo that included Karen, her husband in a Camp David sweatshirt and the couple’s oldest son, Michael Pence, who is seen holding the newborn.

Mike Pence, is reportedly scheduled to speak at an event hosted by a Christian non-profit organisation in South Carolina next month, his first public remarks after leaving office.