Best Pillow Ever: Mini Pig Relaxes on Its Buddy’s Back 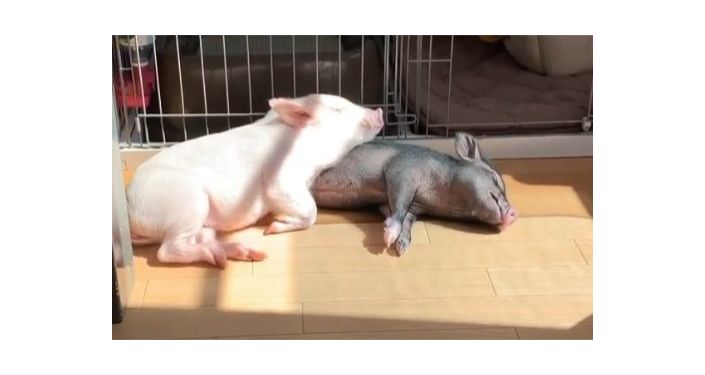 Mini pigs, also known as micro-pigs or teacup pigs, are a tiny breed of pig that can live inside as they can be trained like cats and dogs.

They’re also pretty clean, despite the idea that pigs love to wallow in mud.

This video shows two mini pigs, one pink, one black. It seems the former also doubles up as a cosy pillow, just ask pinky, who can’t resist but lay his head on his companion’s back for a nap.

Have you ever seen anything cuter?