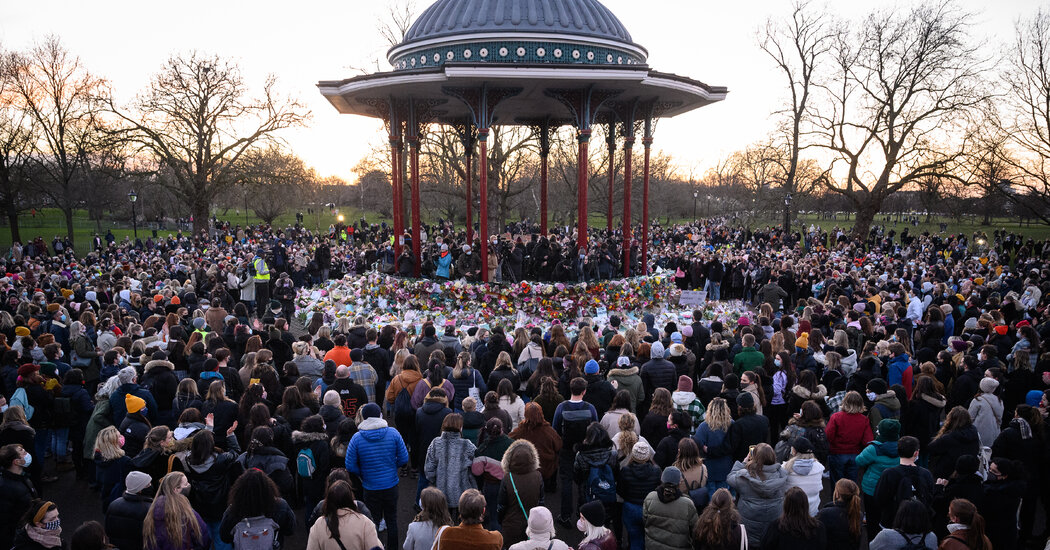 Thousands of women have shared their own stories of street harassment and assault on social media, with Ms. Everard’s case now symbolizing an issue that many say plagues Britain: the lack of safety they face on a daily basis, at home or in public spaces.

While the authorities have tried to reassure the public by pointing out that abductions in London are rare, the city’s mayor, Sadiq Khan, has also acknowledged that its streets are not safe enough. Many women have said that as lockdown restrictions have emptied the country’s streets, they have felt unsafe walking in public.

Ms. Everard, a marketing executive, was last seen alive at around 9.30 p.m. on March 3. She had left her friend’s house at around 9 p.m., and the journey home should have taken her 50 minutes.

Her family described her as “a shining example to us all” who was “kind and thoughtful, caring and dependable.”

“Sarah was bright and beautiful — a wonderful daughter and sister,” they added.

Lawmakers, activists and women’s rights organizations had called on people to gather in Clapham Common, the South London park near where Ms. Everard was last seen. But the organizers, a group of nine women from the umbrella group Reclaim These Streets, said the police had told them that they would face a fine of 10,000 pounds ($14,000) if they went ahead with their plans.

Jamie Klingler, one of the planners, said the organizers had suggested, without success, ideas like splitting the gathering in the park into several time slots, or organizing a walk-by memorial.

“We’re protesting against violence against women, and we’re being shut down by the police,” Ms. Klingler, a 42-year-old events manager, said in a telephone interview. “I’m baffled.”

From Mao Zedong to Xi Jinping

Women Once Enslaved by ISIS Are Reunited With Their Children

‘Guernica’ Tapestry Is Taken Back From U.N. by a Rockefeller