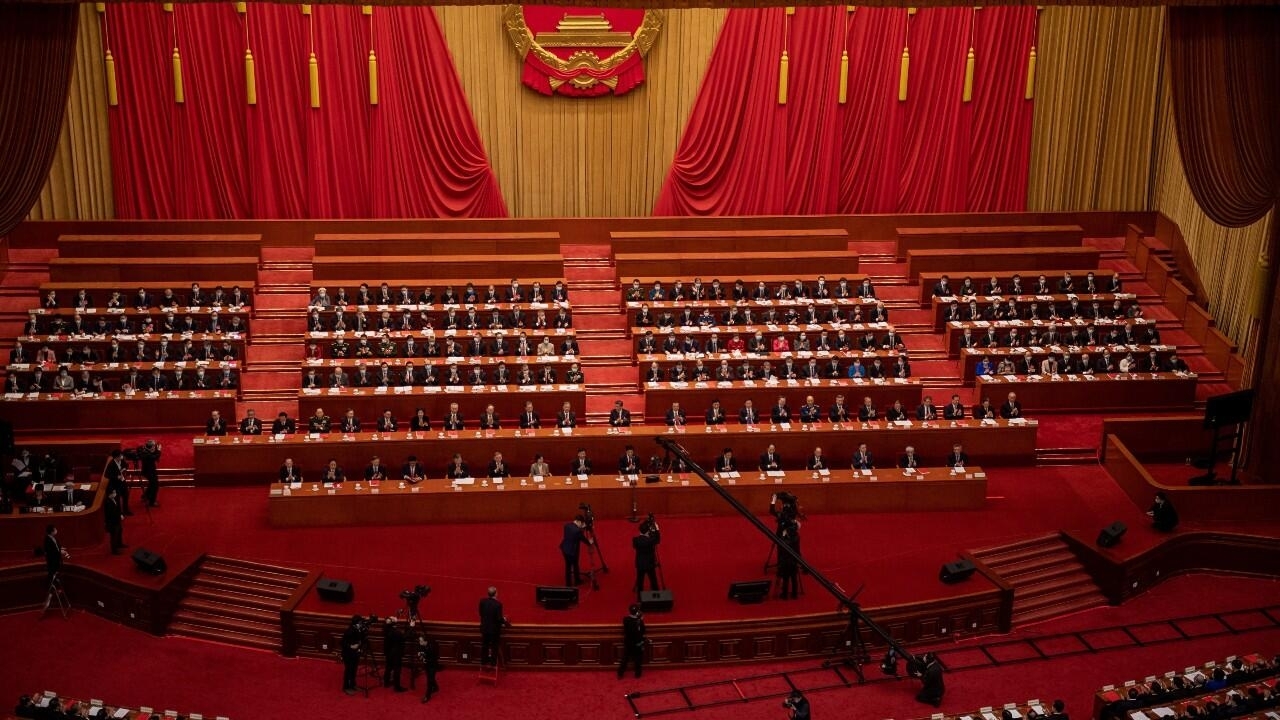 Beijing has acted decisively to dismantle Hong Kong’s limited democratic pillars after massive and sometimes violent protests coursed through the financial hub in 2019.

At last year’s meeting of the National People’s Congress, the Communist Party leadership imposed a draconian national security law on Hong Kong that has since been weaponised against the democracy movement.

Dozens of campaigners have been prosecuted or jailed, smothering protests in a city that had enjoyed greater political freedoms than the authoritarian mainland under the “one country, two systems” arrangement established when Britain handed the territory back to China in 1997.

On Thursday, only one member of the 2,896-strong National People’s Congress abstained in the vote, which critics say will hammer another nail in the coffin of Hong Kong’s democracy movement.

The decision aims to place responsibility for running the city in the hands of “patriots governing Hong Kong”, Chinese Premier Li Keqiang told reporters after the vote.

Senior Chinese officials have made clear that loyalty to the Communist Party will be key to deciding if a Hong Konger is a “patriot”.

Chinese state media on Thursday sketched out some of the key provisions of the law, which will still need to be written and then promulgated under the country’s opaque political system.

Hong Kong’s influential Election Committee, which selects the city’s leader and is already stacked with Beijing loyalists, will be expanded to 1,500 representatives, up from 1,200.

A separate committee will also be set up to vet the political views of candidates while the number of seats in the LegCo—Hong Kong’s legislature—will rise from 70 to 90.

Currently, only 35 seats in the chamber are directly elected and it is not yet clear what the future proportion will be.

But analysts said the initial details showed that China plans to reduce the influence of directly elected officials in both the LegCo and the committee that chooses the chief executive.

“It’s a fail-safe formula to ensure only people deemed patriots will be on those two important bodies,” Willy Lam, professor at the Chinese University of Hong Kong’s Centre for China Studies, told AFP.

“From Beijing’s point of view, members of the pro-democracy coalition are not considered to be patriotic.”

Victoria Tin-bor Hui, associate professor of political science at the University of Notre Dame, took a similar view, telling AFP: “The new electoral arrangements will make sure that there is no chance for any pro-democracy figure to run in elections and get elected at all.”

British Foreign Secretary Dominic Raab said the plan would “hollow out the space for democratic debate in Hong Kong, contrary to the promises made by China”.

“This can only further undermine confidence and trust in China living up to its international responsibilities,” he said.

In Washington, State Department spokesman Ned Price called the move a “direct attack on Hong Kong’s economy, its freedoms and democratic processes” with an aim of “stifling political debate” in the city.

And the European Union warned China late Thursday that it could take “additional steps” in response to the vote.

“The National People’s Congress of the People’s Republic of China adopted today a decision that will have a significant impact on democratic accountability and political pluralism in Hong Kong,” EU foreign policy chief Josep Borrell said in a statement on behalf of the 27-nation bloc.

Hong Kong’s pro-Beijing leader Carrie Lam was swift to applaud the plan to rewrite the electoral landscape of her city.

“The Hong Kong government and I firmly support the decision and express our gratitude from the bottom of our hearts,” Lam said.

At a press conference after the announcement, she was peppered with questions about whether the move will leave Hong Kong with a rubber-stamp legislature devoid of any opposition like the one on the Chinese mainland.

“It’s not to screen out the opposition… it’s about upholding the important principle of patriots administering Hong Kong,” she said.

Aides have admitted the move is a “setback” for Hong Kong’s progress on democratic development, according to Bernard Chan, a top adviser to Lam, earlier this week.

“Over the last 23 years, we clearly didn’t do a good job to show to the central government that these so-called political reforms are actually helping ‘One Country, Two Systems’,” Chan told AFP.

China committed to giving Hong Kong a degree of autonomy when it reverted from British colonial rule in 1997, a status that has unravelled in recent months—drawing international criticism.

Under the system, Hong Kong maintained a veneer of choice, allowing a small and vocal opposition to flourish at certain local elections.

Generally when Hong Kongers were allowed to vote, they voted in droves for pro-democracy candidates.

In recent years, however, authorities have ramped up the disqualification of politicians either sitting in the city’s semi-elected legislature or standing as candidates, based on their political views.

Last month, Hong Kong announced its own plans to pass a law vetting all public officials for their political loyalty to Beijing.

Political scientist Hui said that what remains uncertain is if Beijing can remake Hong Kong to its liking: “capitalism without freedom”.

France opens its archives on Rwandan genocide to the public