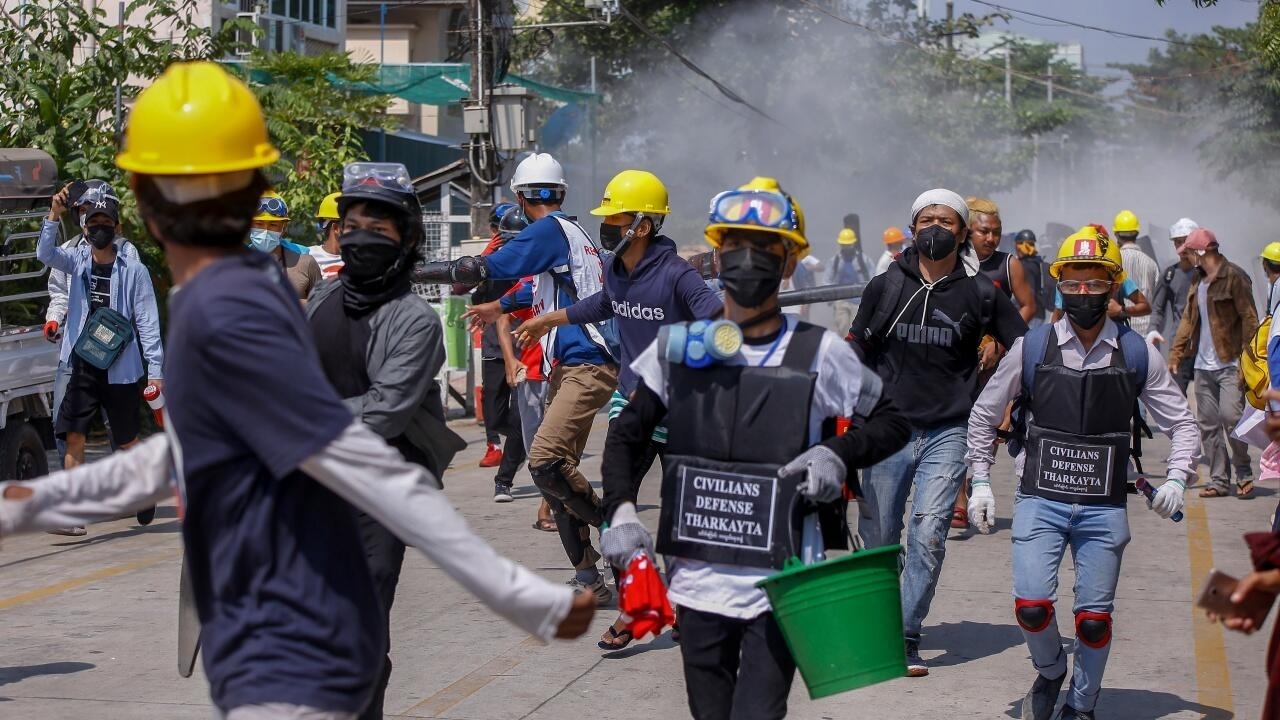 Myanmar security forces surrounded the staff compound of striking railway workers opposed to the military junta on Wednesday as ousted lawmakers appointed an acting vice president to take over the duties of detained politicians.

In New York, the U.N. Security Council failed to agree on a statement that would have condemned the coup in Myanmar, called for restraint by the military and threatened to consider “further measures.”

Talks on the statement would likely continue, diplomats said, after China, Russia, India and Vietnam all suggested amendments late on Tuesday to a British draft, including removal of the reference to a coup and the threat to consider further action.

The railway staff in Yangon are part of a civil disobedience movement that has crippled government business and included strikes at banks, factories and shops since the army ousted Aung San Suu Kyi’s elected government in a coup on Feb. 1.

Security forces have cracked down with increasing force on daily, nationwide protests, leaving the Southeast Asian nation in turmoil.

More than 60 protesters have been killed and 1,900 people have been arrested since the coup, the Assistance Association for Political Prisoners, an advocacy group, has said.

Footage posted on social media showed security forces near the railway staff compound. One person involved in the strike said by telephone they feared an imminent crackdown.

“I think they are going to arrest us. Please help us,” said the person, who asked to be identified only as Ma Su rather than their full name.

In a Facebook live broadcast from the area people chanted:

“Are we staff united? Yes, we are united” and a commentator claimed police were trying to remove barricades and threatening to shoot.

Details could not be independently verified. Police and army officials did not respond to requests for comment.

On Tuesday, Zaw Myat Linn, an official from Suu Kyi’s National League for Democracy (NLD), died in custody after he was arrested, the second party figure to die in detention in two days.

“He’s been participating continuously in the protests,” said Ba Myo Thein, a member of the dissolved upper house of parliament. The cause of death was not clear.  In a Facebook live broadcast before he was detained, Zaw Myat Linn urged people to continue fighting the army, “even if it costs our lives”.

In a symbolic gesture, an announcement posted on the NLD’s Facebook page on Tuesday said ousted lawmakers had appointed Mahn Win Khaing Than, who was the upper house speaker, as acting vice president to perform the duties of arrested President Win Myint and leader Suu Kyi. Mahn Win Khaing Than’s whereabouts were not known.

Police on Tuesday also cracked down on independent media, raiding the offices of two news outlets and detaining two journalists.

At least 35 journalists have been arrested since the Feb. 1 coup, Myanmar Now reported, of which 19 have been released.

Some police have refused orders to fire on unarmed protesters and have fled to neighbouring India, according to an interview with one officer and classified Indian police documents.

“As the Civil disobedience movement is gaining momentum and protest(s) held by anti-coup protesters at different places we are instructed to shoot at the protesters,” four officers said in a joint statement to police in the Indian city of Mizoram.

“In such a scenario, we don’t have the guts to shoot at our own people who are peaceful demonstrators,” they said.

The United States is “repulsed” by the Myanmar army’s continued use of lethal force against its people and is continuing to urge the military to exercise “maximum restraint,” State Department spokesman Ned Price said on Tuesday.

The army has justified the coup by saying that a November election won by the NLD was marred by fraud – a claim rejected by the electoral commission. It has promised a new election, but has not said when that might be held.

The junta has hired an Israeli-Canadian lobbyist for $2 million to “assist in explaining the real situation” of the army’s coup to the United States and other countries, documents filed with the U.S. Justice Department show.

Ari Ben-Menashe and his firm, Dickens & Madson Canada, will represent Myanmar’s military government in Washington, as well as lobby Saudi Arabia, the United Arab Emirates, Israel and Russia, and international bodies like the United Nations, according to a consultancy agreement.

International powers have condemned the takeover, which derailed a slow transition to democracy in a country that has been ruled by the military for long periods since independence from Britain in 1947.

The military has brushed off condemnation of its actions, as it has in past periods of army rule when outbreaks of protest were forcibly repressed.

US Secretary of State Blinken travels to Europe to mend ties with EU, NATO allies