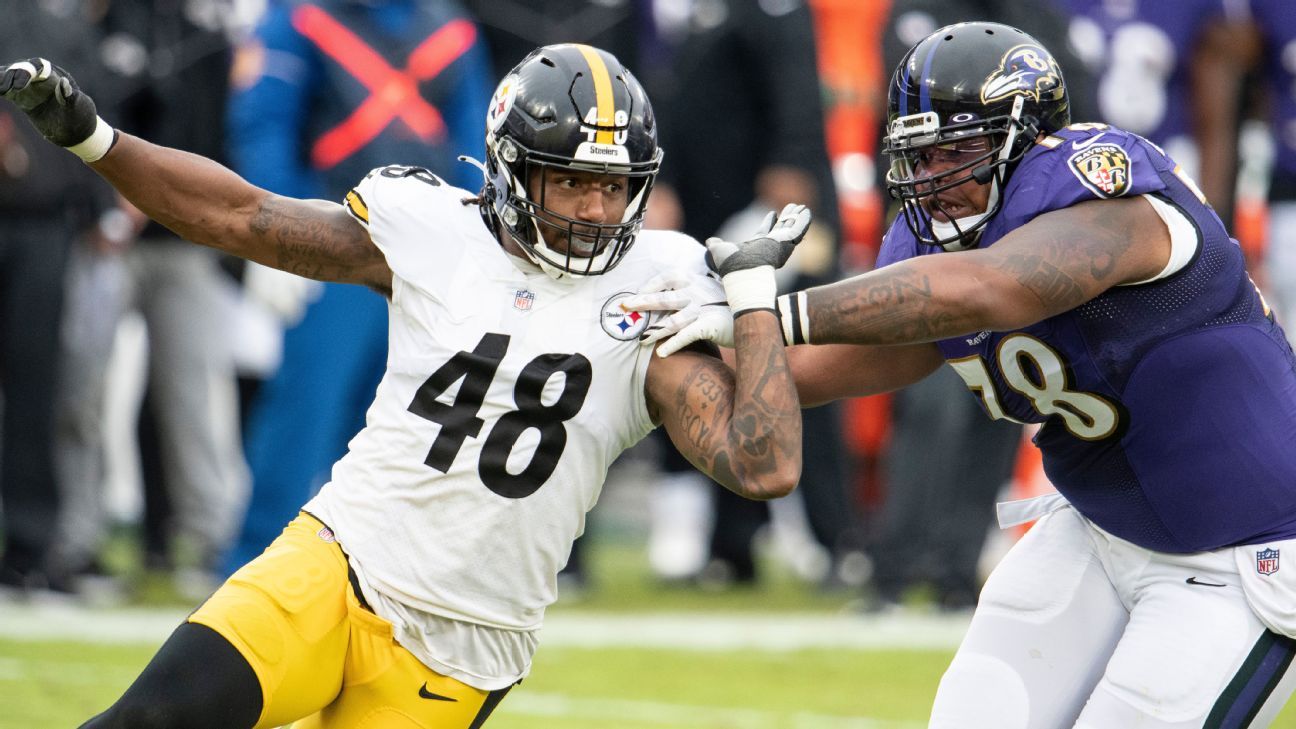 The Pittsburgh Steelers have informed linebacker Bud Dupree that they will not use the franchise tag on him, a league source told ESPN’s Adam Schefter.

Dupree, who was franchised by the Steelers last year, will now head to free agency.

After hitting his stride with 11.5 sacks for Pittsburgh during the 2019 season, Dupree, who turned 28 in February, was on track for another strong season in 2020 before suffering a torn ACL in Week 12 against the Baltimore Ravens.

He told ESPN’s Jeremy Fowler in early March he plans to be a full participant in an NFL training camp based on positive feedback from his doctors.

Playing on the franchise tag after the two sides were unable to work out a long-term deal, Dupree had 8 sacks, 31 combined tackles, 8 tackles for loss and 15 quarterback hits last season.

The 2019 season marked his healthiest season since being taken by the Steelers out of Kentucky in the first round of the 2015 draft. Forming a fierce tandem with T.J. Watt, Dupree recorded 17 quarterback hits and had 16 tackles for loss.

Not only was Dupree a foundational piece for the Steelers’ stout defense, but he was also a glue guy, bonding the locker room with his upbeat attitude and personality. He finished his Steelers career with 66 starts, 39.5 sacks, 169 solo tackles, 54 tackles for loss, an interception return for a touchdown and 65 quarterback hits.