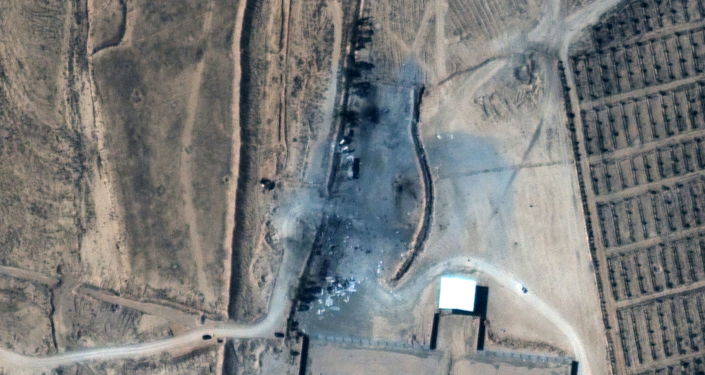 White House Press Secretary Jen Psaki has indicated that the Biden administration would be willing to ‘work with’ Senate lawmakers to repeal the 1991 and 2002 authorizations for the use of force against Iraq.

“We are committed to working with Congress to ensure that the authorizations for the use of military force currently on the books are replaced with a narrow and specific framework that will ensure we can protect Americans from terrorist threats while ending the forever wars,” Psaki wrote in a two-part tweet on Friday.

“Tim Kaine has been a leader on questions of war powers throughout his time in the Senate and has helped build a strong bipartisan coalition that understands the importance of Congress’s constitutional prerogatives,” the spokeswoman added, referring to the Democratic Virginia lawmaker who is cosponsoring the Senate bill.

We are committed to working with Congress to ensure that the authorizations for the use of military force currently on the books are replaced with a narrow and specific framework that will ensure we can protect Americans from terrorist threats while ending the forever wars.

Kaine, Hillary Clinton’s former running mate in the 2016 presidential campaign, joined Republican Indiana Senator Todd Young in reintroducing a bill in the Senate aimed at limiting Biden’s ability to use military force in Iraq on Wednesday. The proposed legislation would repeal the 1991 and 2002 Authorizations for the Use of Military Force (AUMFs) which presently allow the president to attack Iraq without any input from Congress.

“Last week’s airstrikes in Syria show that the Executive Branch, regardless of party, will continue to stretch its war powers,” Kaine said in a statement, suggesting that the 1991 and 2002 authorizations “serve no operational purpose, keep us on a permanent war footing…undermine the sovereignty of Iraq,” and should be “taken off the books to prevent their future misuse.”

For his part, Young suggested that the executive’s war powers under the 1991 and 2002 authorization were “illustrative of the bipartisan failure of Congress to perform its constitutionally-mandated oversight role.”

Kaine and Young first introduced their AUMFs bill in 2019, but the legislation failed to pass.

The 1991 and 2002 AUMFs should not be confused with the 2001 AUMF, which has allowed every president since George W. Bush to use military force to attack terrorists said to be responsible for the 9/11 terror attacks. That authorization was used to invade Afghanistan in 2001, and has since been used to allow for attacks on or troop deployments in countries including Yemen, Iraq, Somalia, the Philippines, Georgia, Djibouti, Kenya, Ethiopia and Eritrea. Some US officials have also sought to allow for the AUMF to apply to Iran, using the demonstrably false claims of cooperation between Iran and al-Qaeda* or Iran and the Taliban.

Kaine and Young’s bill does not propose repealing the 2001 AUMF.

On 25 February, the Biden administration approved the bombardment of buildings in eastern Syria using seven precision-guided missiles on the basis of intelligence that the facilities were used by Kata’ib Hezbollah and Kata’ib Sayyid al-Shuhada, a pair of Iraqi government-allied Shia militia groups. Washington claims the “Iran-backed” militia(s) were responsible for the 15 February rocket attack in the Iraqi city of Erbil, which killed a US mercenary and injured six others, including a US soldier.

Kata’ib Hezbollah denied responsibility for the Erbil attack, and a previously unheard of group calling itself the Saraya Awliya al-Dam claimed it was responsible.

The 25 February attack is reminiscent of the 2019 US strikes against Kata’ib Hezbollah targets in western Iraq and eastern Syria “in response” to an attack on a US base in Kirkuk, Iraq which killed a US civilian contractor and injured four US servicemen and two Iraqi security officers. In February 2020, Iraqi military and intelligence sources revealed that Daesh (ISIS)*, not the Shia militia, was the party most likely responsible for the Kirkuk attack.

* Terrorist groups outlawed in Russia and many other countries.

US to Continue to Dissuade Countries From Providing Arms to Iran, State Department Says

US Reportedly Names Condition for Russia to Avoid New Sanctions