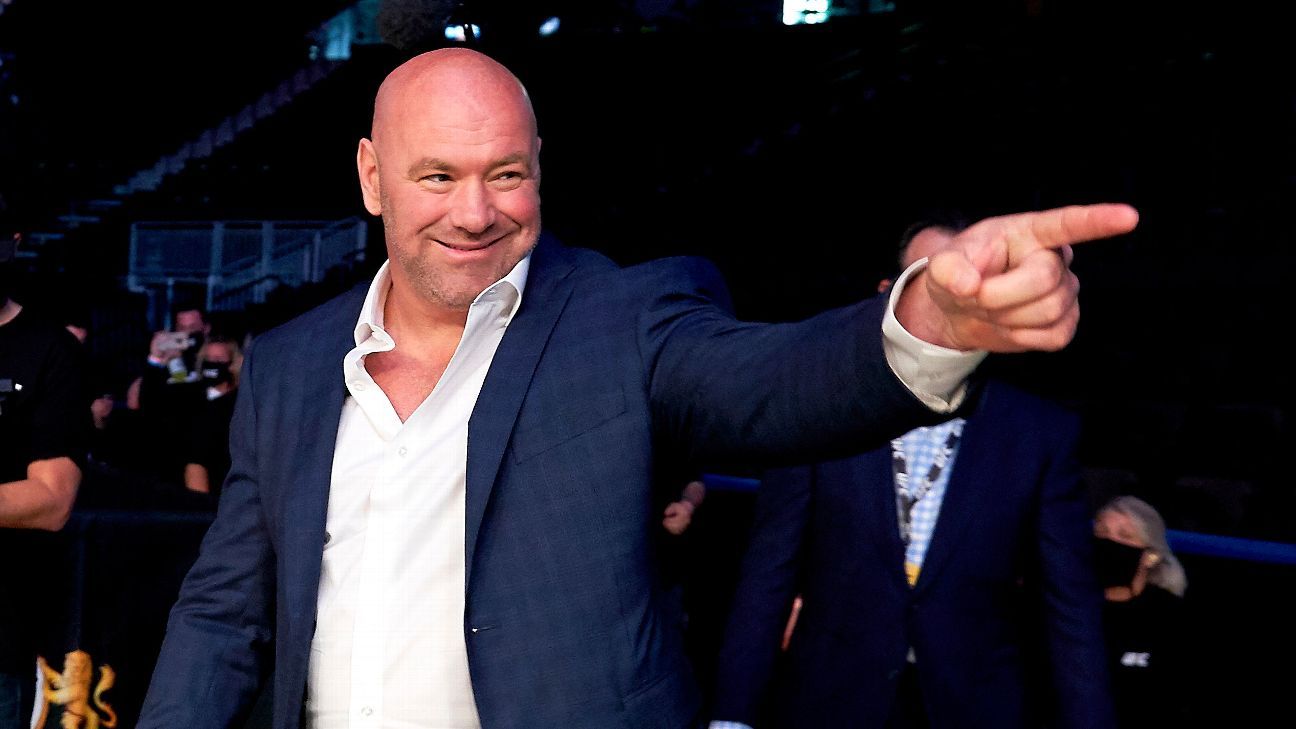 LAS VEGAS — The UFC has not done a show in the United States outside its home of Las Vegas in more than a year. That could be changing soon, according to UFC president Dana White.

White said Thursday at the UFC 259 prefight news conference that as soon as he heard Texas Gov. Greg Abbott had lifted COVID-19 restrictions — including a capacity limit for facilities — he started making calls. White said the city of Dallas turned the UFC down, but the promotion is now working on Houston.

The promoter, who has touted the fact that the UFC was the first major sport back after the start of the coronavirus pandemic last May, said he wants to run a UFC event in Texas — with a full crowd — as soon as he can.

White said UFC 260 on March 27, an event initially slated for Las Vegas, could now be moved to Texas. And UFC 261 on April 24 is very much on the table for Texas, he said.

On Tuesday, Abbott tweeted that Texas businesses and facilities can resume operations at 100% capacity and the state mask mandate has been lifted. Those two provisions have been in place in many states and cities across the country since last year, based on COVID-19 recommendations made by the Centers for Disease Control and Prevention (CDC).

White has been firm that he doesn’t want the UFC to run domestic shows with partial crowds. He has said repeatedly that he would only leave Las Vegas for an opportunity to run an event in front of a full house. The UFC has been holding all of its U.S. shows at the UFC Apex in Las Vegas, a facility across from the promotion’s corporate campus that was initially meant to hold smaller Dana White’s Contender Series events.

The UFC has held all its international events since the pandemic restart on Abu Dhabi’s Yas Island, which was dubbed “Fight Island.” There were ticketed fans in Abu Dhabi, United Arab Emirates, for UFC 257 in January, a card headlined by Conor McGregor vs. Dustin Poirier, but only a select amount with social-distancing practices in effect. The UFC has not had ticketed fans in the United States since UFC 248, which was one year ago this week.