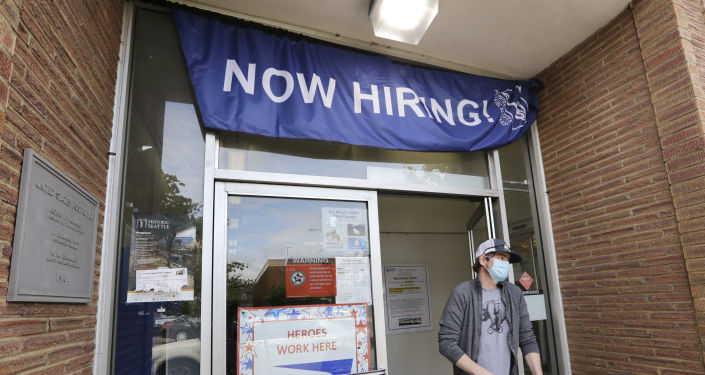 The deal would see weekly federal unemployment benefits reduced from $400 per week, as approved by the House of Representatives, to $300 weekly, the report said.

The agreement was hatched by both moderate and progressive Democrats on the sidelines of negotiations on a $1.9 trillion coronavirus relief bill that are going on in the Senate between lawmakers representing the president and their rival Republicans, Politico added.

Unemployment insurance is one of the tenets of US economic support, paid out weekly to millions of jobless Americans.

The US unemployment rate itself was little changed at 6.2 percentage points in February as the country added 379,000 jobs in a pandemic-suppressed market, the Labor Department said Friday.

The United States lost more than 21 million jobs between March and April, at the height of business lockdowns forced by the virus. At least 10 million of those jobs have not returned, with the US economy shrinking 3.5 percent in 2020 after a 2.2 percent growth in 2019.

Federal Reserve Chairman Jerome Powell said on Thursday he did not expect the United States return anytime this year or so soon to maximum employment, which will be one of the central bank’s criteria for raising interest rates. Under the Fed’s definition, maximum employment is achieved when the jobless rate is at 4.0 percent or lower.

Since the COVID-19 pandemic broke out, the Fed has kept US interest rates at between zero and 0.25 percent and pledged not to raise them until it sees maximum employment and inflation consistently at above 2 percent per annum.

No Way Back for Shamima!