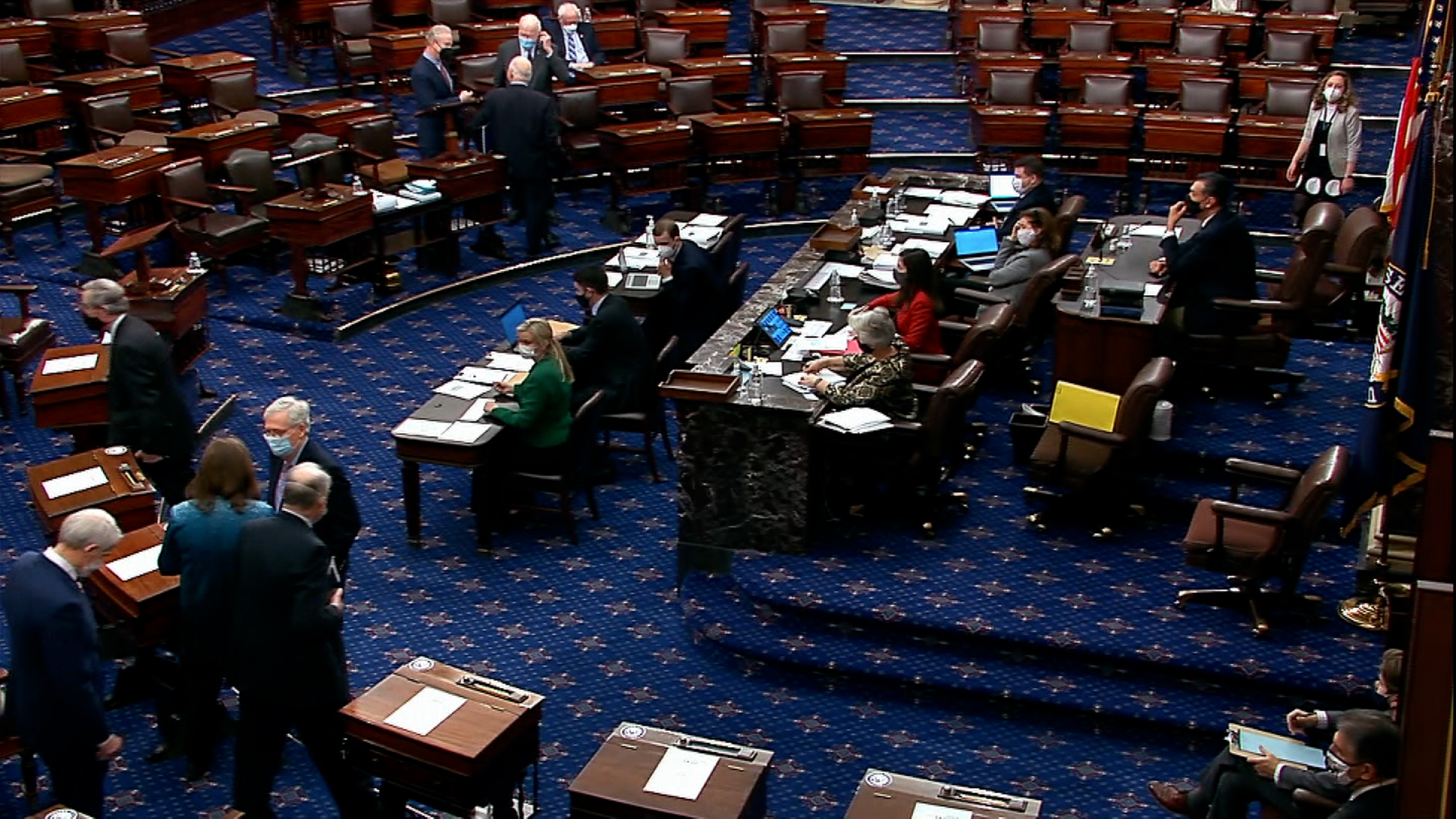 The long series of amendment votes, known as a vote-a-rama, is a Senate tradition that the minority party uses to put members of the majority on the record on controversial issues in an effort to make changes to a bill that they oppose.

It’ll be a major test of Democratic unity at a time when Senate Democratic leaders have no margin of error given the 50-50 partisan split of the chamber, where Vice President Kamala Harris is the tie-breaking vote.

Democrats are under pressure to stick together to support the relief legislation, which has undergone some major changes in the Senate after the House passed the bill last week, ahead of a final vote. But Republicans are eager to try to exploit any divisions within the majority party.

The goal of Republicans in this vote-a-rama is two-fold:

Amendments can pass with 51 votes, but there is a catch: Republicans don’t have the votes to pass any amendment and add it to the bill, but let’s say they get a Democrat, then yes, the amendment would be passed. The catch here is that at the very end, Schumer can introduce his very own amendment to strip any other amendment out of the bill.

So far, more than 100 amendments have been filed. They won’t get to all of them and senators can write amendments on the fly and force votes on them.

You can read more about the “vote-a-rama” process here.

Cruise ships are heading back to Venice in June

The Chauvin trial resumes this morning. Here’s what happened last week in court