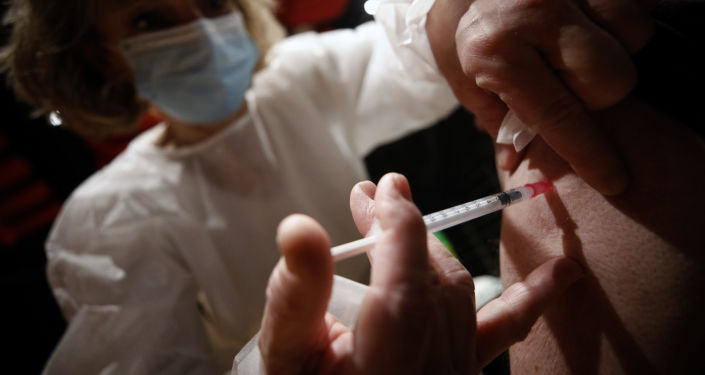 “We have … observed delayed large local reactions to the mRNA-1273 vaccine, with a median onset on day 8 (range, 4 to 11) after the first dose,” the report stated.

In a study involving 30,000 recipients of the Moderna coronavirus vaccine, about 12 people had redness on their arms accompanied by sore, itchy or swollen patches of skin around a week after receiving the first dose. Five of those patients with a delayed reaction had large skin lesions over 10 centimeters (4 inches) in diameter surrounding the injection site.

According to the report, all symptoms were within the range of the expected side effects from the vaccination and were resolved quickly after appropriate treatment.

“Most patients received treatment for their symptoms (e.g., with ice and antihistamines) … The symptoms resolved a median of 6 days after onset (range, 2 to 11),” the study said.

The doctors encouraged all 12 patients to continue with the second dose “given that neither local injection-site reactions nor delayed-type hypersensitivity reactions are contraindications to subsequent vaccination.” Reportedly, half of the patients had no recurrence of the symptoms after the second dose, while the rest manifested similar reactions with lower intensity.

In the light of the global mass vaccination campaign, the study aimed to prepare local medical facilities for dealing with the possible delayed side effects and reassure the patients that the vaccine is safe.