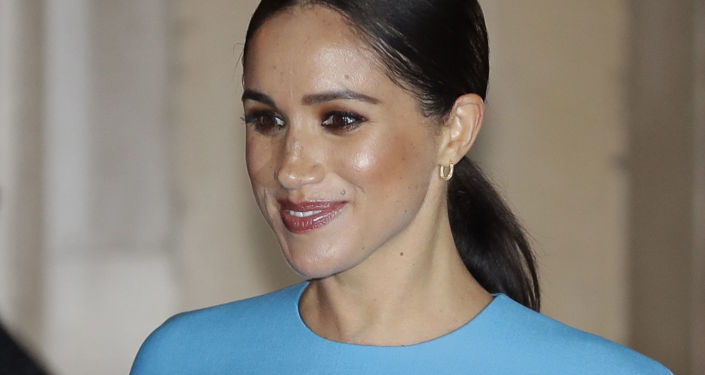 Lindsay Roth, a TV producer, whom Meghan Markle regards as her best friend and has known since college, spoke about the Duchess’s kindness in her Instagram post.

Roth was one of a few who spoke out publicly in the past few days, after reports emerged of a bullying complaint made by one of the Duchess’s staff during her time at Kensington Palace.

Her comments come ahead of Markle’s interview with the US chat show host Oprah Winfrey about her life – including her relationship with the royal family and time in Britain – which is due to be aired on 7 March.

US actress and musician Janina Gavankar has also taken to social media to attest to the Duchess’s “kind, strong and open” personality.

I have known Meghan for 17 years.
Here’s what she is: kind, strong, open. Here’s what she’s not: “a bully”.
ANY of us who know her, feel the same thing from her broken silence: Relief.
The truth shall set you free.

​In an excerpt from the interview, Markle, who together with her husband Prince Harry has quit royal duties, told Winfrey it was “really liberating to be able to have the right and the privilege in some ways to be able to say yes … to be able to just make a choice on your own and just be able to speak for yourself.”

Former colleagues of the Duchess expressed their views of the latest bullying claims against Markle. Television writer Angela Harvey said she worked with Markle on a set of the series Suits, adding she didn’t believe the “bullying narrative for a microsecond.”

I worked on a set in Toronto when Meghan was on Suits. The ADs, PAs, and other crew on my show who had also worked with her loved her. LOVED. Set dynamics being what they are… I do not believe this bullying narrative for a microsecond. https://t.co/451hrQB94r

​Jon Cowan, a writer on Suits, in which Meghan starred before marrying Prince Harry, said he saw her as a “warm, kind, caring person”.

“It’s also possible the Duchess of Sussex is a good person thrust into an unimaginable world. Having spent three years working with her in her pre-Duchess days, I saw a warm, kind, caring person. I know nothing of her current situation but she gets the benefit of the doubt in my book,” he said in a comment made on Twitter.

Markle’s closest inner circle also includes well-known figures and celebrities, such as Serena Williams, Priyanka Chopra, and actors starring in Suits. However, they haven’t been vocal on social media or other platforms about claims against Markle or her forthcoming interview with Oprah.

According to Kensington Palace, Prince Harry and his spouse “are balancing their time between the United Kingdom and North America, continuing to honour their duty to The Queen, the Commonwealth, and their patronages.”

In January the Palace announced that the Duke and Duchess had stepped back as senior members of royal family.

From PM Down Tories Reek of Hypocrisy and Double Standards