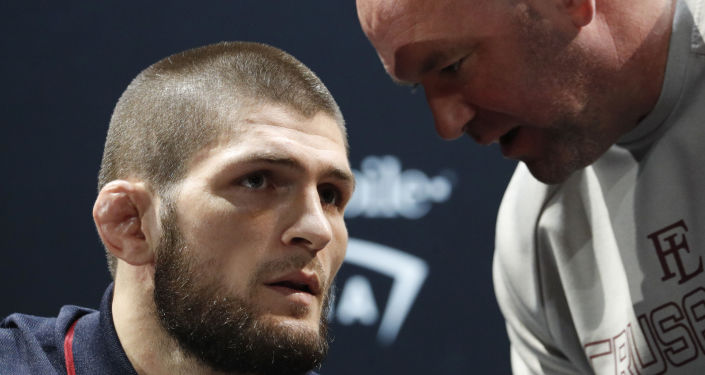 Dana White, the president of the Ultimate Fighting Championship (UFC), is still hoping to persuade Khabib Nurmagomedov, the undisputed UFC lightweight champion, to return to the octagon.

“And I think that if Khabib is interested, you know, he’ll take the fight,” White said in response to a question from a reporter in a press conference held Thursday. “You don’t hear Khabib saying, ‘leave me alone, stop asking’. So there’s still a chance, that’s the way I look at it.“

Even since Nurmagomedov quit, citing the promise he made to his mother not to fight without his father by his side, the fighter is still listed as the number one MMA artist in all weight categories of the UFC, undisputed.

Some of his former contenders have called for the championship to move on since Khabib reiterated his commitment to not return to the profession, and Khabib himself even expressed confusion as to why he was still listed as the best of the best despite his retirement.

And White believes there may be a possibility Khabib will return to the octagon if the candidates ranked from nine to one fight it out to see who can compete for the title.

The two are expected to meet again for a dinner on “Saturday or Sunday.”

“Yeah, we’re going to have dinner on Saturday or Sunday,” White said. “And then just talk, and see — I think that a lot of these fights have to play out in that division, from (number) nine, all the way up to number one. They’re incredible fights, you can mix and match any way you want, and they’re really good fights. And let some of these play out to see who will fight next for the title.“

Over the recent months, White has publicly expressed his desire for Khabib to make one final, thirtieth professional mixed martial arts bout, and has also discussed a rematch with the former two-weight world champion, Conor McGregor, although prospects of the two rivals fighting again have diminished since the Irishman’s knockout defeat to Dustin Poirier in January.

The UFC is currently putting together a third matchup between Poirier and McGregor this summer, with the two largely anticipated to fight for a trilogy.

In his fighting history, Khabib won three straight lightweight title defenses, including a tripleheader of submission knockbacks against the trio of former champions, McGregor, Poirier, and Gaethje.

Another lawsuit filed vs. Watson; total now at 22

Mysterious Monolith Appears in DR Congo, Destroyed by Locals Amid Fears of ‘Aliens and Illuminati’